Why should you care?

Why will gold prices increase?

I base my analysis on 100 years of dollar devaluations, excessive government spending, accelerating debt accumulation and the exponentially increasing quantity of currency in circulation.

We live in a time of increasing economic uncertainty. To counter that uncertainty and offer perspective, I prepared 44 graphs which support my conviction that gold prices will surge much higher. This study explains the logic for an eventual gold price of $10,000 through these easy-to-understand graphs, each of which illustrates a single idea. The graphs and accompanying analysis provide clarity about the consequences of exponentially growing debt and the resulting gold price increases.

Examine the graphs and read my analysis for a detailed explanation of the logic behind a gold price rise to $10,000. 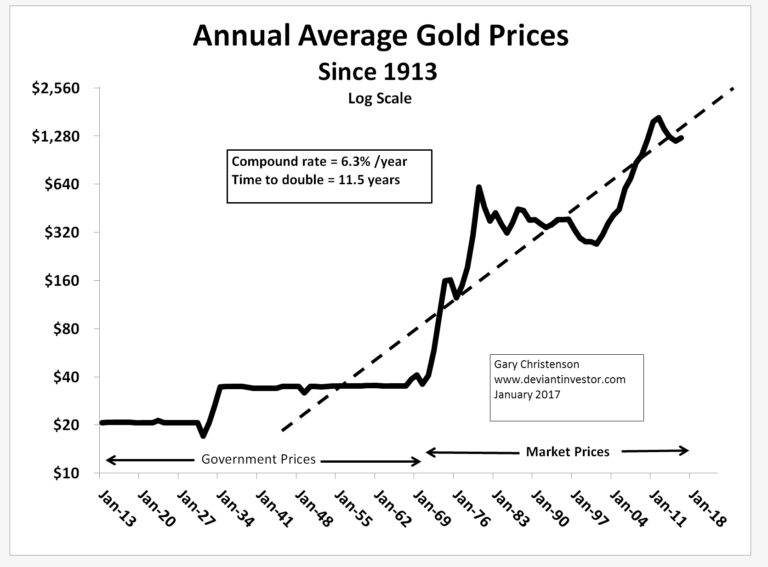 “U.S. dollars have value only to the extent that they are strictly limited in supply.”

We know dollars have not been “strictly limited in supply” for over 100 years. Hence dollars have declined in value during the past century. More devaluation is coming.