The U.S. and other nations with “free market” economies got credit for defeating the communists in Russia. That is ironic, because it is now more clear than ever that western leadership actually shares the Soviet inclination for central planning, and they have been increasingly intervening in our markets since the collapse of the USSR.

Our officials make economic policy as if healthy markets must be planned and coerced, much like the politburo. Some of this policy is created and run in the open; the government bailouts, Quantitative Easing, and zero interest rate policy, for example.

Other programs are more secretive. Investors know the “Plunge Protection Team” exists to be the buyer in markets when all genuine buyers have left. But we can only guess as to what that crew actually does day to day.

What these self-appointed market masters do in complete darkness is likely even more controversial and intrusive. They remain violently opposed to audits and other attempts to impose accountability.

But, recently, some leaked documents have given a sense of what western officials do behind closed doors.

They have Actually been Micromanaging Markets Since the 1970s

Ronan Manly with Bullionstar wrote a terrific piece outlining the coordination among western central bankers pertaining specifically to the gold market after Nixon shut the “gold window” and launched the era of purely fiat currencies.

Wikileaks published a secret memo sent from London to the U.S. Treasury Department regarding the purpose behind the formation of the futures markets for gold.

Officials wanted to create a paper market which dwarfed the physical market and encouraged volatility; all with the aim of discouraging investors from holding bullion. To wit:

TO THE DEALERS' EXPECTATIONS, WILL BE THE FORMATION OF A SIZABLE GOLD FUTURES MARKET. EACH OF THE DEALERS EXPRESSED THE BELIEF THAT THE FUTURES MARKET WOULD BE OF SIGNIFICANT PROPORTION AND PHYSICAL TRADING WOULD BE MINISCULE BY COMPARISON. ALSO EXPRESSED WAS THE EXPECTATION THAT LARGE VOLUME FUTURES DEALING WOULD CREATE A HIGHLY VOLATILE MARKET. IN TURN, THE VOLATILE PRICE MOVEMENTS WOULD DIMINISH THE INITIAL DEMAND FOR PHYSICAL HOLDING AND MOST LIKELY NEGATE LONG-TERM HOARDING BY U.S. CITIZENS.

The futures markets have served their nefarious purpose very well. Americans today view gold as volatile and risky, and almost no one owns any of the physical metal.

So it is with good reason that many investors look at today’s markets and sense the disconnect from reality. We now know what artificial forces produce record high stock prices relative to earnings.

We understand why precious metals investors have been driven to distraction wondering why prices never seem to reflect fundamentals. We can see why government regulators might intentionally turn a blind eye to clear evidence of bank traders rigging prices and cheating customers.

What are the consequences of all this central planning? It would be impossible to list the full effects. But is easy to identify some of the winners and losers that have been hand-picked by the bankers and bureaucrats who run this show. 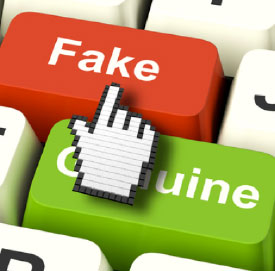 The banking and finance industry has more than doubled as a percent of GDP over the past 40 years. The government sector is also just about double the size it was in the 1950s in proportion to the economy. Meanwhile, the gold and silver markets spend years with prices held at, or below, the cost of production – a playground for crooked bullion bankers.

Western central planners aren’t going to be immune from the consequences of their actions.

People are waking up to just how fake today’s markets are. After all the public interventions never end, the leaked documents are generating new awareness, and many fundamental investors now sense the markets are little more than Potemkin villages – even if they don’t fully understand why.

These factors are eroding confidence, which means the ultimate consequence of all this central planning may not be so different from that which befell the USSR. The facade can be maintained no longer and therefore crumbles.

We may be one big shock in the financial markets away from a collapse of confidence. The jig will be up. And, we can hope, responsibility will be pinned where it belongs. The central planners here in the West should be remembered for being just as inept and destructive as those who once set Soviet quotas for the production of ball bearings.