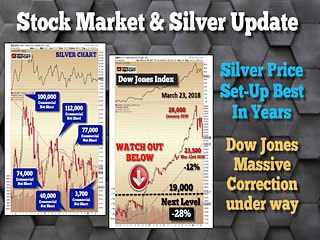 This update is by far one of the most important as the silver price setup is the best I have seen in years. According to the data, the silver price is by far in much better position to outperform gold when the precious metals market takes off. Also, I do an update on the stock market as well as the continued disintegration of the U.S. Shale Oil Industry.

While most investors will be interested in what is taking place in the silver market, it’s very important to understand how much the situation is deteriorating in the U.S. Shale Oil Industry. Without cheap and abundant oil, the value of most stocks, bonds, and real estate would collapse. Unfortunately, falling stock and real estate prices are precisely what is going to happen to 99% of the public’s investments as only 1% hold precious metals.

The reason I believe the gold and silver prices will start to take off when the stock markets begin to really plunge lower is due to the setup of these assets since the Fed’s Q3 policy at the end of 2012. Because the precious metals sold off from 2013 to 2016 and are still close to their lows, they are ripe for much higher prices. However, the real estate and stock markets are near their highs. Thus, we are going to experience one hell of a disconnect between the stock and real estate market and precious metals.. quite the opposite that took place after 2012.

In my newest youtube update, Amazing Silver Setup & Stock Market Meltdown Update, I show why the silver price is at the best setup I have seen in years. Furthermore, I discuss the ongoing meltdown of the Dow Jones Index and stock markets due to companies being severely overvalued:

In the latter part of the update and show why the oil price is not back towards its high and that much lower prices are on the horizon. When the stock market meltdown continues, the oil price will fall precipitously along with it. Unfortunately, a lower oil price will be the DEATHKNELL for the already weakened U.S. Shale Oil Industry.

I provide the evidence to support my claim by using the largest Shale Oil Field (Permian) and the top shale producer in that field (Pioneer Resources): 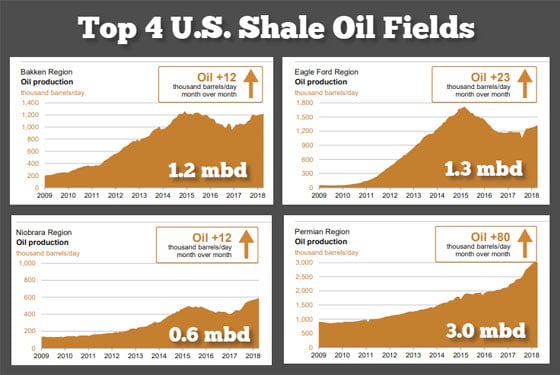 According to the U.S. EIA, Energy Information Agency, the Permian Region is the largest oil producer in the country. If we add the other three shale oil fields, they equal about the same as the Permian. Now, as I mentioned, the largest operator in the Permian is Pioneer Resources. In 2016, Pioneer produced nearly 60 million barrels of oil and 118 million MCF of natural gas: 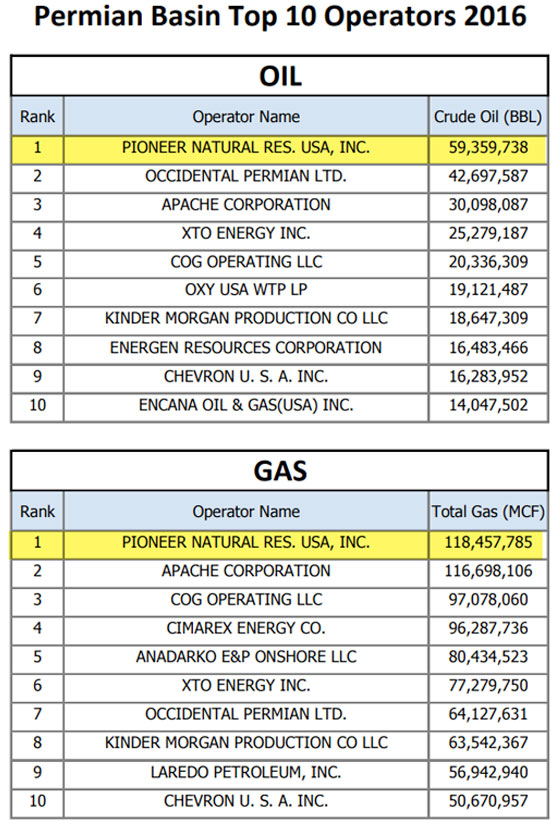 We would assume that if Pioneer were the largest producer in the Permian, it would be making money HAND-OVER-FIST. However, their financial reports show otherwise. I would advise ALL PRECIOUS METALS INVESTORS to watch this part of the video because energy is the primary driver of our economy and it’s also the factor that will push the precious metals back to being the best HIGH-QUALITY stores of value.