U.S. Exports Nearly All Gold Mine Supply To Hong Kong

As we can see in the chart below, U.S. gold exports to Hong Kong jumped from 7.2 mt in January to 15.5 mt in February: 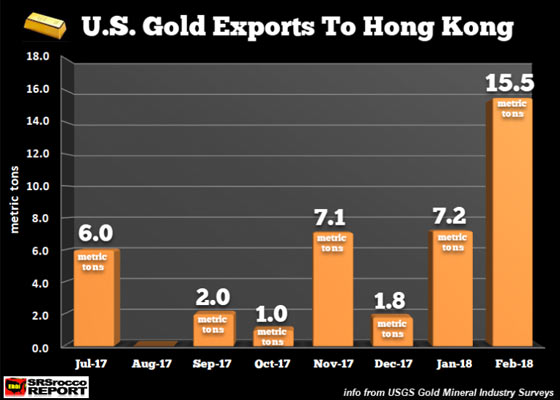 Furthermore, total U.S. gold exports to Hong Kong were 25 mt from July 2017 to Jan 2018 compared to 15.5 mt in February. The large increase in Hong Kong gold demand consumed nearly all of U.S. domestic mine supply: 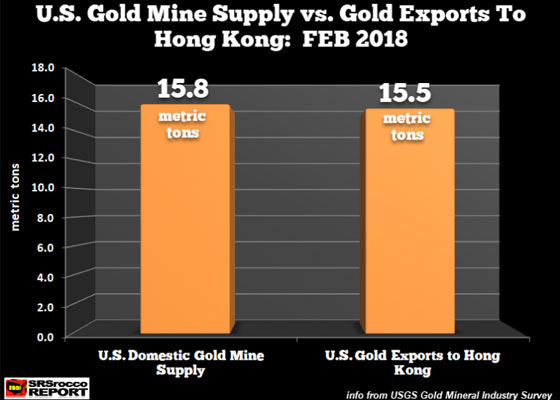 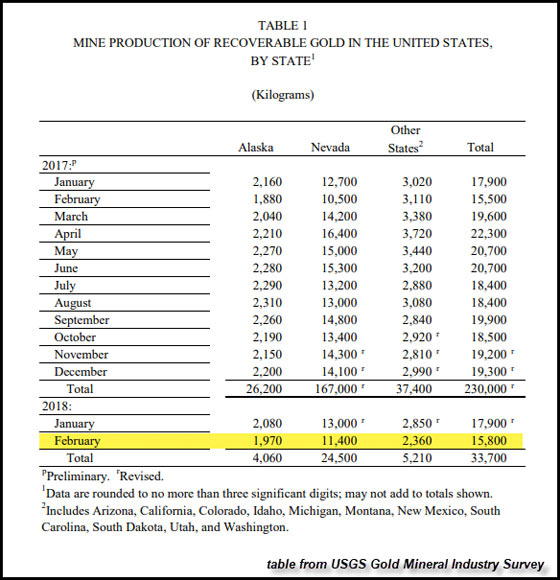 Regardless, the West’s gold continues to flow to the East. Even though the U.S. exported nearly 24 mt of gold to the U.K. and Switzerland in February, I would imagine a large percentage of that gold ends up in China, India and Southeast Asia.