Will Unapproved Opinions Be Censored Off the Internet?

"False opinions are like false money, struck first of all by guilty men and thereafter circulated by honest people who perpetuate the crime without knowing what they are doing."

You wouldn’t be reading this if you didn’t value alternative points of view. After all, you could easily click your mouse right now to CNBC, CNN, or the New York Times for conventional news and opinion.

The fact that you have the slightest ability to bypass big media’s biased filters makes them and their ideological allies furious. 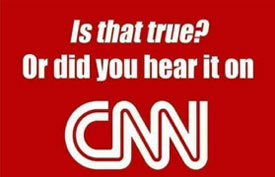 Some members of Congress who clearly don’t like the spirit of the First Amendment are working with internet gatekeepers at Google, Facebook, Twitter, and Apple (now a trillion-dollar corporation) to try to prevent you from accessing information they haven’t approved.

Has Jones made some controversial claims over the years? Sure.

But he has also hosted top-notch experts on his program who are willing to speak inconvenient truths about our monetary system, about market manipulation, about the globalist agenda.

Among his guests have been Gerald Celente and Jim Rickards (both of whom have appeared multiple times on the Money Metals podcast), former Congressman Ron Paul, and even Donald Trump (early in his presidential run). 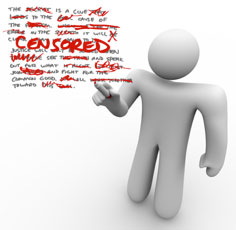 It’s pretty safe to say that Donald Trump would never have become GOP Nominee Trump – let alone President Trump – without the sizeable backing he got on alternative media and social media platforms.

Now many of his supporters are being de-platformed and shadow banned by social media CEOs who were in the bag for Hillary Clinton.

This is only a preview of what’s to come in the event that big tech and big media titans help install a new Congressional majority this fall… and perhaps a new President in 2020. Our once free and open internet could become as centrally controlled and censored as it is in Communist China.

Yes, we still have the First Amendment. But members of Congress have discovered a convenient end run around it. They can just outsource whatever they want censored to the tiny handful of corporations that control 98% of the internet.

It’s already happening. Radical Rep. Keith Ellison (D-MN) last month fired off a letter to Amazon. He demanded the giant online retailer remove items from independent sellers that are perfectly legal to sell but that he personally finds offensive. Among the offending items was a historically accurate Georgia state flag, flown from 1956-2001.

History is now “hate speech.” It won’t be long before the perpetually offended demand that Google searches for “Krugerrands” – first minted during South African apartheid – return links to the Southern Poverty Law Center.

Any analysis that questions the official version of a politically sensitive issue is a “conspiracy theory” – no sharing on Facebook without a trigger warning placed by Team Zuckerberg.

Big media relentlessly spews its own hate speech, as exemplified by recent New York Times editorial board hire Sarah Jeong. She has a long Twitter history of vile anti-cop, anti-male, and anti-white rants, including this gem from 2014: “Dumbass f**king white people marking up the internet with their opinions like dogs pissing on fire hydrants.”

Imagine what the internet would be like if only New York Times-approved opinions were allowed to be posted. If you prefer a free and open internet, then be sure to support independent content creators and platforms.