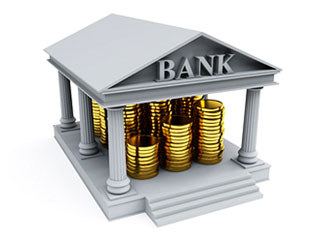 For example, Central Banks dumped over 2,600 metric tons of gold into the market between 2003 and 2007, according to data from the World Gold Council. So, what kind of impact on price did the sale of 84 million oz of Central Bank gold have on the market during that period? The price of gold nearly doubled from $363 in 2003 to $695 in 2007.

Using data from the WGC Demand Trends, Central Banks purchased 193 mt of gold in the first half of 2018, representing 10% of the total global demand: 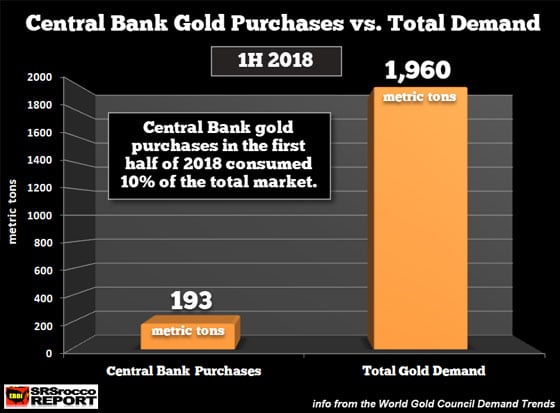 The majority of the official gold purchases during the 1H of 2018 came from Russia, Turkey, and Kazakhstan. Now, what a difference than just a little more than a decade ago when Central Banks were selling rather than buying gold.

In the first half of 2007, official gold sales equaled 217 mt and represented 14% of the total market: 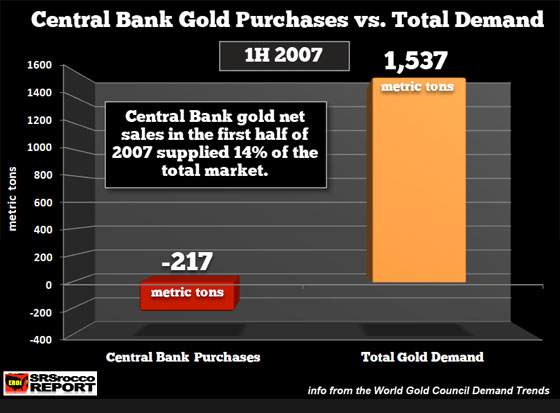 Now, with the recent turmoil in Turkey impacting its Lira, some are concerned that if the country decides to start selling its gold to stabilize its currency, then that could be negative on the gold price. Well, I highly doubt it. If the dumping of 2,600 mt of gold into the market between 2003 and 2007 didn’t impact the gold price negatively (actually it nearly doubled), then why would it do so today?

If Central Banks are smart, they will hold onto their gold reserves as they will need it during the coming financial meltdown. We must remember, DEBTS like U.S. Treasuries, aren’t really ASSETS.