Stocks just finished their worst week since March, but Friday left equities on better footing than they might otherwise have had. Buyers emerged at a critical moment to prevent even worse damage to the charts.

Given the timing, some speculate the Federal Reserve’s plunge protection team swung into action. We know the central bank is always ready to intervene, so that would come as no surprise.

This week’s performance in the equity markets will be telling. Last week’s weakness may prove temporary, just as prior bouts did in February and March. History could certainly repeat – particularly if the Fed is stepping in here.

Much will depend on bond yields. Stocks ran into trouble early in the year when the 10-year Treasury yield approached 3%. When rates moved above 3% in May, the S&P 500 stood near 2,700. A drop in yields during the spring and summer corresponded with a move higher in stocks and the S&P reached 2,930 on September 20th. 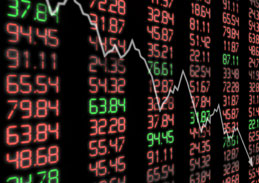 The Fed hiked rates again September 26th and yields jumped to near 3.25%. Stocks have been selling off since. The S&P 500 is at 2,762 (thru Friday’s close) and has given up nearly all of the gains made since May.

Roughly a third of the stocks in the S&P 500 have fallen into bear market territory – down more than 20% from their highs.

Fed officials may finally have reached the moment of truth. Prior to the last hike, they got away with tightening without a lot of corresponding pain. The next hike is expected in December. The landscape could look a whole lot different before the FOMC central planners get together again.

President Donald Trump is ratcheting up the rhetoric against the Fed. A big correction in stock prices won’t help Republicans going into the midterm elections early next month.

Trump said last Wednesday, “I think the Fed has gone crazy” as he reiterated his belief that officials there are making a big mistake by raising rates.

So far, the President is not threatening to replace Jerome Powell as Fed Chair. Heavy losses in the stock markets and in the elections may change Trump’s plans.

The metals markets appear to be sensing trouble ahead.

Thursday’s $30 spike in gold prices was the largest jump since Brexit in June 2016. If investors continue to seek shelter from falling stock prices, and if the consensus around another rate hike in December starts to crumble, the last quarter of the year could be a dandy one for metals.