Over a year ago in this space, you may have read my rationale for not closing out core metals and mining stock positions after the May 2011 intermediate top (which turned out to be a longer term!) in the resource sector. (By the way, David Morgan called that top to his subscribers -- to the day.)

I held those positions in spite of having written down on paper a decade earlier my intent to do so, "win, lose, or draw." (This essay can be accessed in the Money Metals archives here).

The reasoning? My sell call from 10 years ago was predicated upon the belief that by 2011 we would have seen massive public participation into a blow-off secular top. But that simply had not yet taken place.

For 5 years, I bought back on declines and sold into resistance until late 2015, once again rebuilding a core. One company that comes to mind sold for $0.50/share. I had offset three years earlier for... $7.50!

This is what happens when an entire sector goes into a swoon -- the good, bad, and the ugly alike are decimated. The weaker ones fell off the board or reverse split 20-100:1. The stronger ones survived -- but just barely.

To be sure, this recent history underscores why there's a lot more downside risk in holding mining stocks than there is for bullion!

Despite the pain of dealing with a multi-year declining market sector -- with the exception of the six month 2016 "baby bull" as Gary Savage calls it, my belief and resolve remain the same, to the point of having collaborated with David Morgan to pen the book, Second Chance.

What I have to say today might just help you hang on to the majority of some substantial winnings over the next few years...

A study of Richard Russell's explanation as to why he did not desert the stock market after its triple top in 1949 anchors my belief even more securely.

He told his subscribers to "buy the correction and hold on and wait..." because, as he stated, "the market had not yet shown characteristics of a phase III... and hadn't had time to become manic yet." Russell was proven correct and went on to become the longest-writing-followed stock analyst in the business.

Thinking back about Russell's call had caught my attention from a recent post by Burt Coons -- Penname Plunger . Coons believes we're witnessing a "global synchronized market top," calling it "2019 -- The Year of the Bear Market."

Below, he speaks about gold stocks. But do you really think the miners would launch an upside blast while physical gold and silver prices remain in the doldrums?

As the stock market becomes entrenched in a bear market, the FED will ultimately change course and inject liquidity. This event could result in an upward explosion in the gold stocks. Something resembling the blast off in the great August 1982 bull market times ten will likely occur. It will be almost impossible to chase once it launches; it’s rise could be relentless.

A strong case can be made that Rambus/Plunger are currently the most skilled purveyors of the chartists' craft in the business. Deserving of your consideration, you can read -- posted in the public space -- the full text of Plunger's most recent analysis here.

Over the years, a number of market analysts continue to shape my approach to this often-frustrating, but if correctly-approached, rewarding market sector.

Without a doubt, three whose valued perspectives I'd rate as "first among equals" are David Morgan, Bob Moriarty, and Stewart Thomson. None of them suffer fools (or the terminally undecided) lightly. Stu had this to say this week in his Graceland Updates letter:

The big bank econs and the big hedge fund money managers are almost universally positive about inflation and gold. This, while the gold guru teckies are totally terrified. You can walk with the big men, or cry with the little boys. That's also your choice. I've made mine.

Many data points support the belief that — whether it's a few weeks or months away — we're on the cusp of a new and (this time) sustained bull run in the precious metals. One that could turn out to be the biggest yet. Here are four key facts: 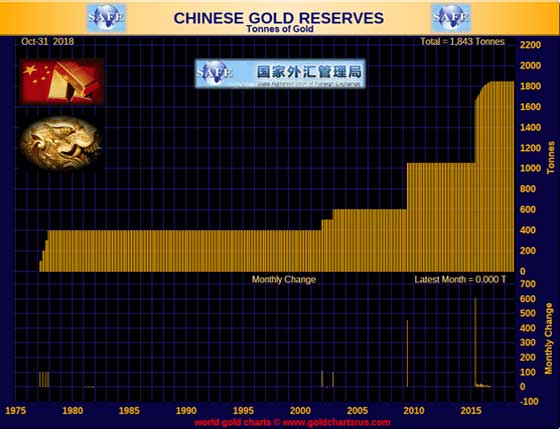 First, to control greed and keep a longer view, decide that the primary reason you'll be looking to position in gold and silver is for "insurance first, profit second."

Third, activate the OODA Loop: Observe (what's going on in the sector), Orient (plug in your own circumstances, risk tolerance and goals), Decide (make a plan), and then... Act!

You can read other posts online which support the contentions stated here. You can also find those who hold exactly the opposite view, so deciding may take a bit of thought. As the late Yogi Berra liked to say, "Predictions are difficult. Especially about the future!"

I certainly could be wrong. But what if I'm right?