As the demand for precious metals shows some life once again, sales of the U.S. Mint Silver Eagles jumped in January. Not only have Gold, and Silver Eagle sales increased, so have the precious metals prices. In the past two months, gold and silver prices have gained 7% and 11% respectively. Today, gold reached $1,320, while silver topped $16. 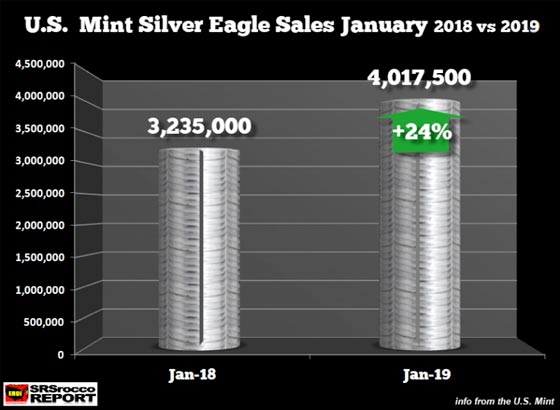 Here are the total Silver Eagle Sales for the past five years: 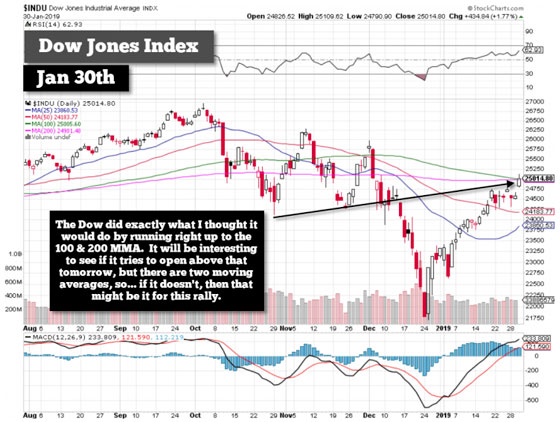 The Dow has now pushed up against the 100 and 200 Month Moving Averages (MMA). It will be interesting to see what happens tomorrow. The Dow has increased 15% off its lows on Christmas Eve. I still believe the present rally in the markets is now running out of steam and may peak in the next few days.

Regardless, I will be posting a new series of articles on the coming rise of the Millenial Generation of precious metals investors. I will start with coverage on the impending disaster in the U.S. State and Local Government Pension system. However, I was quite surprised to find out that the majority of my followers, were not 50+, but the majority were in the 25-34 age bracket. Yes, it is true that the younger generation uses the internet more than the old farts, but it was quite interesting to see that this age group was very interested in the Alternative Media and precious metals.