How Much Lower Will Gold & Silver Premiums Go? Lear Capital Lawsuit & Other Questions...

Perhaps the most interesting development in the bullion markets right now is that dealer premiums continue to fall. The markup above the metals’ market price has never been more favorable for buyers.

Although retail precious metals investors are still net buyers, we are still seeing a fair amount of selling metal back to dealers.

Some gold and silver bulls are frustrated with the stagnant price action. Both metals have been trading range bound for several years now. Seemingly every move upward in price has turned out to be a false start, and some people are worn out.

Other investors are less concerned about holding safe-haven assets now that Barack Obama is out of office, Donald Trump has moved into the White House, and confidence in the economy is higher in general.

How much lower do you think premiums will go?

Except for a short-term rise in premiums late last year, premiums have been moving gradually lower since 2016.

To answer whether or not premiums can go even lower from here, it is possible selling pressure could increase and push premiums further down. Our belief, however, is that it is not likely.

There are some very good reasons to own gold and silver. And these factors are likely to return to prominence in the months and years ahead. Federal budget deficits are on the way back to a trillion dollars or more starting this year. Price inflation, which has largely been absent for years, is starting to rise. The FOMC is expected to once again start lowering interest rates very soon.

What do you know about the City of Los Angeles’ lawsuit against Lear Capital?

Los Angeles City Attorney Mike Feuer has sued Lear for promising transparency and no hidden fees, but “despite these promises, Lear Capital preys upon trusting and inexperienced customers across the country, in particular the elderly.”

"The myriad of unfair and deceptive practices our lawsuit alleges – preying upon elderly and inexperienced investors, misleading consumers about often astronomical transaction fees, threatening that its legal department will 'eat [consumers] alive' if they go public, sometimes wiping out huge chunks of life savings in the process – must stop," said Feuer. "Customers need restitution and Lear Capital must be held accountable for its alleged wrongdoing. And if the company doesn’t like it, ‘tough luck’ – the very response it allegedly gave at least one customer who complained." 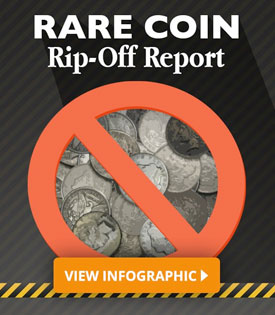 We won't comment on the merits of this particular lawsuit or which party is likely to prevail in court.

Regardless of what happens in the lawsuit against Lear Capital, our advice is always the same: choose carefully when selecting a precious metals dealer and stay away from numismatic (collectible) coins unless you really know what you’re doing.

Very few people have that knowledge, and opportunistic dealers exploit this fact.

It is nearly impossible to know what an illiquid and sparsely traded “rare” or proof coin is worth when you go to sell. (Often times, you’ll receive little more than its bullion melt value when selling.)

On the other hand, when it comes to bullion (non-collectible) products, there tends to be full transparency and low transaction costs, at least if you work with honest dealers. For example, you can find both the sell price and the buy price published live for each of our products at MoneyMetals.com. None of our clients have to worry about overpaying or unwelcome surprises.

How can I tell when a coin dealer is trying to rip me off?

We have often made general comments on the unethical tactics of high pressure “rare” coin salespeople and their boiler room phone banks, particularly those working for prominent dealers who advertise heavily on TV. We get plenty of horror stories from clients who have been ripped off by these operators.

We’ve heard all about the relentless follow-up phone calls from slick talking hucksters eager for another huge commission. Clients also share many of the lies they’ve been told.

These include whoppers like collectible coins aren’t taxable. Or that clients should buy super expensive “rare” coin because the purchase of bullion coins, bars, and rounds will be reported to the government.

"There is one kind of confiscation you can be 100% sure to avoid -- the kind done daily by dealers selling so-called "rare" coins."

They even claim that rare coins are immune from confiscation by the government.

The most common bit of blarney is that the client should move fast to buy some coin (which is, in fact, not particularly rare or desirable) at a huge premium to its melt value because swarms of collectors will pay even more to get their hands on it.

Over the years we have also had to give plenty of bad news to people who got taken for a ride. The “rare” coins they purchased don’t command much premium and are often actually worth far less than they paid.

Keep it simple. Stick with bullion coins, bars, and rounds that are bought and sold at prices near their actual melt value.