Gold ETF Holdings Surge… But Do They Actually Hold Gold?

Gold-linked exchange-traded products are growing in popularity with investors. Assets held by gold ETFs have grown 38% globally in 2019.

In October, according to the World Gold Council, gold ETFs attracted $1.9 billion in net inflows to reach a new record high total gold holding of 2,900 tonnes – at least on paper.

There is good reason to be skeptical of whether all these “gold” vehicles actually hold physical metal sufficient to back their market capitalizations on a 1:1 basis. Some of them very well might; others almost certainly don’t.

In fact, many of these gold instruments hold futures contracts and other financial derivative products that merely “track” the gold price.

The biggest of them all – SPDR Gold Shares (NYSE:GLD) – purports to have 100% backing of its $42 billion market capitalization in physical bullion. But it’s practically impossible to achieve around the clock since the fund’s assets are a moving target.

As an open-ended fund, GLD doesn’t hold a fixed quantity of gold. A close inspection of its prospectus reveals that it relies on layers of financial intermediaries to create shares and manage its gold inflows and outflows. 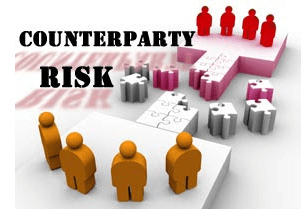 That creates a tremendous amount of counterparty risk, including the risk that some of the gold claimed in vaults by GLD may be rehypothecated, or simultaneously owned by another party. Rehypothication is defined by Investopedia as “the practice by banks and brokers of using, for their own purposes, assets that have been posted as collateral by their clients.”

According to Chris Powell of the Gold Anti-Trust Action Committee, “The custodian of the vault holding GLD's gold is the investment bank HSBC, perhaps the biggest short in the gold market… the bank is the beneficiary of a new New York Commodities Exchange rule apparently allowing the bank to inject more ‘paper gold’ into the futures market.”

Banking and gold don’t go well together – not for gold investors, anyway. The whole point of owning a hard asset is to have wealth outside of the financial system!

Chris Powell continues, “GLD itself facilitates the shorting of real metal through the borrowing and conversion to metal of its shares and the sale or lease of that metal by enormously well-funded brokers executing central bank market-rigging policy.”

It’s clear that a great bulk of GLD owners aren’t paying particularly close attention to what they’re investing in. If they were, why they would prefer GLD (which levies annual expenses of 0.40%) over lower-cost rivals that do the same thing?

The only reason seems to be that GLD is always presented as the Wall Street stand-in for gold on CNBC and in mainstream financial publications.

Are Rising ETF Inflows a Bullish Signal for Gold?

Despite all of the foregoing drawbacks to precious metals ETFs, their rise isn’t necessarily a bad sign for the physical market. More people are wanting exposure to gold and silver. That’s good news for bulls.

It’s easier for billionaires and institutional investors such as hedge funds to move millions of dollars into gold via an ETF rather than through the purchase of gold coins. Some “smart money” may be moving into gold via this route.

Owning gold indirectly through financial instruments obviously isn’t the smartest strategy for obtaining true diversification out of financial assets. But people who have made fortunes in financial markets tend to perceive it as the only game in town. 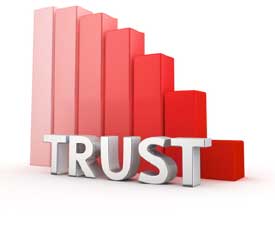 And that’s the way Wall Street brokers and analysts tend to pitch precious metals investing to the public. If it doesn’t trade like a stock, it doesn’t even register.

That so much demand is being diverted into Wall Street products instead of bullion products has certainly suppressed buying of bullion to some extent. That, in turn, may be working to keep a lid on spot prices as well.

The opportunity is that tens of billions of dollars parked in gold and silver derivatives meant to represent precious metals may create something of a force majeure on one or more of the bullion banks – or the futures market itself. If one link in the system fails or is exposed as fraudulent, then confidence could collapse in all forms of paper gold.

Paper/IOU gold may be “convenient” but it is inherently untrustworthy as compared to the real thing. When fear grips markets, convenience considerations go out the window, and wealth preservation becomes paramount.

When the next financial crisis comes, physical gold can be expected to trump paper gold.