The Fed injected a record amount of liquidity this morning via its Repo Market Operation to supply dealers in the interbank market. While investors may be reassured by the huge 1293 point rally on the Dow yesterday, the global contagion and its impact are just beginning. Don’t be surprised to see a 40-50% correction in the Dow Jones over the next month.

I’ve been keeping an eye on the Fed Repo Operations and was quite surprised this morning to see the Fed has already injected a record $120 billion into the market. Again, this is the largest single-day amount of Fed liquidity, going back to the first Repo Operation on September 17, 2019: 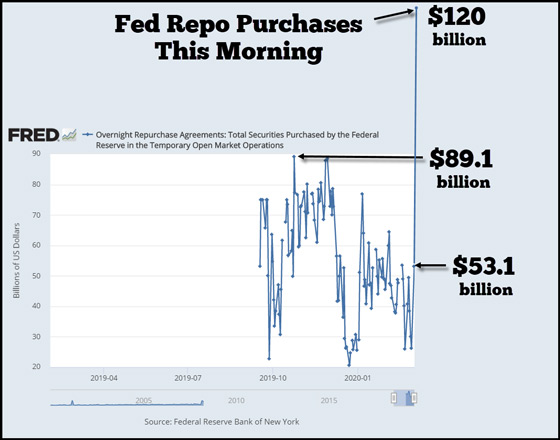 As you can see, I had to enlarge the chart to accommodate the Fed’s newest liquidity injection this morning… and the day isn’t over yet… LOL. The Fed’s largest single-day Repo injection was $89.1 billion on October 24. Yesterday, on Monday, March 2, the Fed accepted $53.1 billion from the dealers: 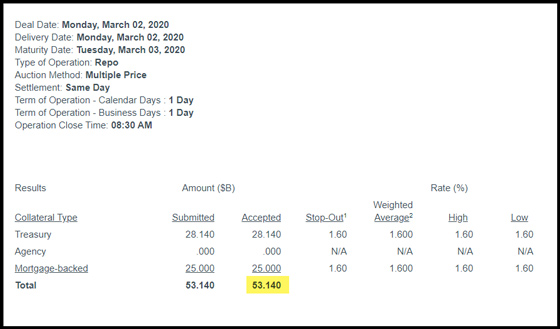 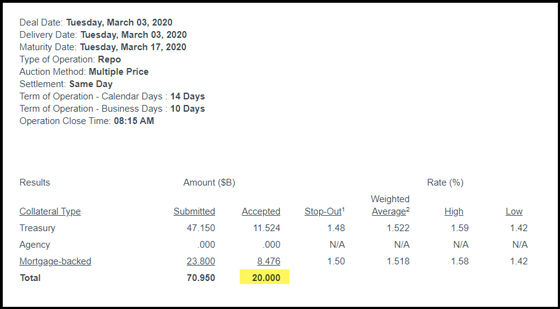 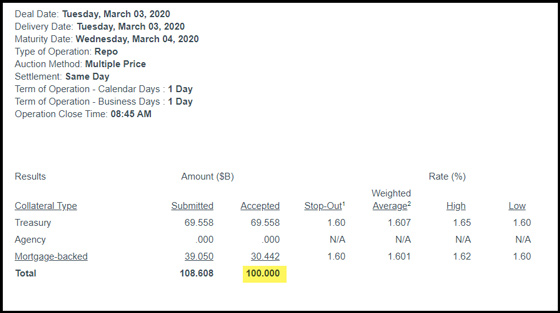 Clearly, there is something SERIOUSLY WRONG in the Financial markets for the Fed to being injected $120 billion, the most since it started its Rep operations last September.

I believe investors and the market have no idea just how bad this Global Contagion will be like over the next 2-4 weeks… and longer. As I stated, don’t be surprised to see the Dow Jones Index lose 40-50% from its peak over the next month. Traders and Wall Street are going to get destroyed, and there is little they can do about it.