Most of us know about 20/20 vision, that is perfect vision- seeing something so clearly there is no distortion, nothing but the complete view. It is with this background that this year, my attempt to clarify the picture about silver is my utmost objective.

I wish to be crystal clear that anyone that reads and understands this article will not only pass it onward but will also consider whether they have the correct amount of silver in their portfolio.

For me, it is impossible to write an article about silver without including gold, because the similarities and differences must be known to fully appreciate the role each plays in today’s financial system and how they differ in the physical economy.

Everyone knows that gold is money (actually very few know this and think currency is money), and if you have enough of it, then you can achieve financial freedom. Something every person that is retired or plans to retire strives to achieve.

The most fundamental fact that this writer has consistently stressed is simple; all fiat ”money” fails. The track record for unsound money is perfect! In all of recorded history, each time the tie to gold, silver, copper, or some combination of those three metals has been severed, the currency has eventually failed.

This is the one TRUTH that all political stripes can agree, but they do not. Many conservatives think it is impossible in today’s world and think the coming technocracy for the monetary system will ”save us.” That is the point however, that the currency de jure had to be replaced with a cashless system for a variety of reasons, with the only truth being that the reserve currency of the entire world was no longer trusted. 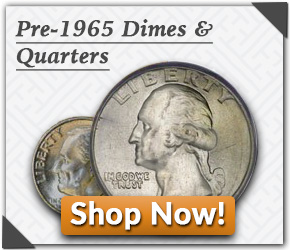 Gold is often referred to as a hedge or as insurance necessary to protect ones assets from unexpected circumstances across the spectrum. Financial, weather, war, invasion, famine, pestilence and anything else you care to put into this category. It seems to me this is the correct approach to owning the yellow metal.

Most of the central banks hold gold primarily for financial/economic reasons, but just like printing paper, owning gold is not the means of production – real wealth and gold can no more grow food or produce a cell phone than paper. Bear this in mind, as the picture of the new world comes into sharper focus.

Silver can be of safe-haven status and therefore placed into the insurance category, but this is inaccurate because whereas gold being worthwhile for the reasons above is excellent to own and may help in numerous ways; silver has a much more critical function.

Before going into these salient points, the reader needs to know the truth about Silver. The truth is that silver, not gold is the real money. Now I know most reading this will want to argue the point. However, the fact is that the banking establishment have brainwashed the entire planet into believing that gold is money and everything else is credit.

Let us look back into early recorded history and find out what one fact stands out. The Hebrew word for Silver is the same word that is used interchangeably for Money in the Torah and Old Testament. The federal reserve notes that we use today in this country in place of actual real Money is not what the Bible calls Money.

Isn’t it also a fact that when Silver and gold were both trading as Money that the gold/silver ratio never got above twenty for well over 5,000 years?

In 1873, Silver was officially demonetised by the Eastern Economic Establishment and that was when the U.S. went to a monometallic standard – gold only. This act ruined many of the free spirits in the Western United States, because their livelihoods were built on the most fundamental money- silver. The fact is, pure silver is valued far higher as money than it is as an industrial metal.

If we did not have oil, the substitute for human and/or animal power – water, wind, solar, geo-thermal, would not have produced the energy density necessary for today’s world. Nothing- and I mean nothing, is more of a critical factor for past and future generations, than how much energy is available per capita. The more energy per person, the higher the standard of living.

Which brings me to report that oil is responsible for more derivative products than anything else.

Silver, however, is the second most useful resource for humanity. There is something like over ten-thousand different uses. My key point, is that although silver may be ”needed” in the sense that gold is used as a hedge or insurance, the fact remains that silver is indispensable, essential, crucial, and an absolute must for today’s way of life.

Imagine no silver in existence…No computers, cell phones, electrical power, electronics, and so many others.

Yes, possibly other metals could be used in some of the products. Still, in almost all cases, the outcome would be inferior to using silver. In some cases, there is no substitute at all, which means silver truly is indispensable in many applications.

Recently the gold-silver ratio hit an all-time high, roughly 122 to 1, which means 122 ounces of Silver is required to buy one ounce of gold. In all of recorded history, the ratio has only been as high as 100 to 1 until mid-March 2020.

Many precious metals proponents suggested taking advantage of this and trading Gold for Silver. The historical precedence for this is established, because in the prior extreme goldsilver ratio, an economic mess unfolded, and silver quickly started to outperform gold. Taking the ratio from over 100, back to a much lower ratio.

Since gold is held as a reserve asset by many countries (their Central Banks), think of the opportunity.

If Mexico, which has 120 tonnes of gold, were to swap for silver, (after all, Mexico is one of the top silver producers year over year.) The USD value as of April 2020 is $6.4 Billion. That amount put into silver in April 2020, is about 430 million ounces of Silver. This is slightly more than two years’ worth of silver production from Mexico. This is the same amount of silver purportedly held by the iShares (SLV) ETF. In other words, Mexico would be ”hedging” two years’ worth of production, but at a ratio that took over 5000 years to achieve. The timing could not be better.

Imagine if Mexico’s destiny is to maintain their national treasure in silver and drop out of the ‘gold only club’ of international banks. Many Central Banks would undoubtedly be more than willing to trade their dying by the day fiat, for physical gold.

The problem, of course, would be that fiat is unacceptable, and a physical swap is needed. Put Up or Shut Up, as the expression goes! Admittedly, this industrial commodity would be used to relieve the current hard physical demand for gold.

THE MOST FUNDAMENTAL FACT THAT THIS WRITER HAS CONSISTENTLY STRESSED IS SIMPLY; ALL FIAT ‘MONEY’ FAILS. THE TRACK RECORD FOR UNSOUNCE MONEY IS PERFECT!

Recently my main presentation has explored the topic- ”What if silver were treated like gold?” The entire argument is that silver is valued far higher as money, than as a mere industrial commodity. This suggests that from the time silver was demonetised in 1873 to present day, that silver has lost its shine because as an essential commodity, it is less valuable.

To come back to the early symbolism, silver (the colour) means truth by some Biblical Scholars accounts. The silver metal, is very closely associated in the scriptures with the subject of redemption. Trumpets are closely related to the topic of redemption in the gospel. In Hinduism, silver embodies spiritual enlightenment, eloquence, and encouragement.

IT IS TIME TO RETHINK SILVER

The financial definition of redemption is paying off a mortgage, bond, or note. Umm, and how would one pay off these items that are largely created out of nothing by a Babylonian system of Banking (fractional reserve lending)?

From a natural law perspective, redemption can mean being saved from sin, error, or evil. At the risk of getting too close to the proverbial ”hot button” for almost everyone, let me ask with the current circumstances, isn’t it time to redeem the monetary system and perhaps ourselves? Is it time to rethink silver and what meaning it has to you?

A widely recognized expert on silver, David Morgan began investing in stocks and precious metals as a teenager. He obtained degrees in finance and economics as well as engineering. Author of the book The Silver Manifesto, he has devoted more than 30 years to educating investors on opportunities to protect and grow their wealth. In addition to advising private clients and fund managers, he writes at The Morgan Report, covering economic news, the global economy, currency debasement, and stellar opportunities in precious metals and mining stocks.