The threat of economically crippling lockdowns, the promise of unending monetary stimulus, and the uncertainty of game-changing political outcomes – this is the “new normal” for investors.

The COVID pandemic won’t be eradicated anytime soon. And even when it finally is, the economic and social costs will continue to be borne for years to come.

In such an environment, all conventional asset classes carry heightened risk. Certain types of assets, though, may now be well positioned to shine.

Among them is silver.

With politicians and central bankers desperately trying to paper over real economic losses with artificial stimulus, the outlook for the value of the U.S. dollar looks bleak.

Hard assets in general and precious metals in particular act as a natural countermeasure to currency depreciation.

Some commodities, such as crude oil, have suffered greatly in recent years amid the push for “green” alternatives to fossil fuels. Dramatic growth in electric vehicles and solar energy installations is likely to continue, regardless of the upcoming election outcome.

The upshot is that all viable alternatives to fossil fuels require massive amounts of metals – from copper to nickel to silver to rare earths.

“Silver is found in virtually every electronic device. If it has an on/off button, it’s likely that silver is inside,” according to the Silver Institute. “Silver’s excellent electrical conductivity makes it a natural choice for everything from printed circuit boards to switches and TV screens.”

As cars become more technologically advanced and more likely to be powered by batteries, they will require larger quantities of strategic metals including silver. The motor vehicle industry already consumes over 36 million ounces of silver per year – and that number will surely grow as global demand picks back up.

The trend toward more metals-intensive energy development could accelerate if Joe Biden wins the presidency and Democrats take over the Senate.

Biden now says he rejects the most extreme planks of AOC’s “Green New Deal” platform, including a ban on fracking. But he is still vowing to push through a multi-trillion-dollar green energy program of his own.

Regardless of the election outcome, most of America’s largest corporations will continue to pursue environmental, social, and governance (ESG) targets. In recent years, shareholder activists including government pension funds have successfully foisted their ESG demands upon corporate America.

It’s why today fast-food companies feel compelled to virtue signal their support for everything from reducing their carbon footprint to implementing critical race theory to celebrating transgenderism. What does any of this have to do with selling burgers?

It has to do with the fact that taking up politically fashionable causes is nearly a prerequisite for doing business as a publicly traded company. A low ESG score means being protested by activists and shunned by institutional investors.

A company can score ESG points by making commitments to “diversity” or capital investments in solar panels, for example. This means that demand for green technologies can far exceed the actual utility they deliver.

Demand for photovoltaic solar systems is expected to explode in the years ahead. This year solar-related stocks have been among the hottest performers in the market. 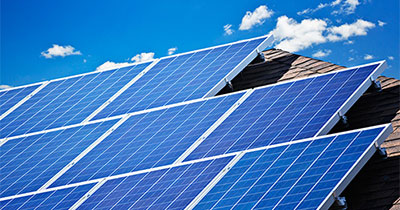 But as demand continues to grow, the solar industry could soon run into a serious supply problem in critical metals including silver.

Photovoltaics are one of the fastest growing sources of industrial demand for the white metal. Silver saw a 7% increase in such demand last year to over 85 million ounces.

Meanwhile, investment demand for silver bullion has been surging in recent months at the same time as mining supply is contracting due to adverse economic and political (lockdown) conditions.

Silver often trades in a volatile manner. That volatility could be amplified depending on how the election turns out and how much of a toll the virus takes in the coming weeks.

Regardless of whether the futures market reads a particular development as “good” or “bad” on any given day, three major long-term drivers of silver price appreciation appear unstoppable:

At some point, higher silver prices will send market signals that alleviate the supply and demand crunch. But that point may be years away – and multiples of price appreciation ahead.