With gold bouncing above and below $1,900/oz and silver supplies strained, investors are eagerly anticipating the next moves in precious metals markets. 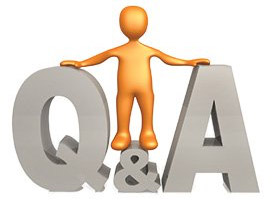 The technical, fundamental, and monetary (debasement) backdrops are setting up bullishly for the metals. But much uncertainty still lies ahead.

Here we will answer a few of the most pressing questions currently on the minds of precious metals investors.

Is there a silver shortage? And if so, how will it be resolved?

In some segments of the retail silver market, yes. A shortage of available silver persists in the supply chain that extends from mines to refineries to mints to dealers.

The U.S. Mint recently acknowledged that it is failing to meet its statutory obligation to produce Silver Eagles and other coins in sufficient quantities to meet retail demand. Mint officials cited the global silver shortage but quickly “clarified” their comments, blaming the Mint’s suppliers for not producing enough silver blanks.

Eventually, the shortage will be resolved – assuming markets are allowed to function. Either demand will wane or supply will rise to meet demand. But it may take much higher spot prices to incentivize miners, refiners, and private mints to ramp up production.

In a free market, shortages beget higher prices. These price signals in turn tend to bring supply and demand back into balance.

That’s why the global derivative market for silver, which has enabled an explosion in paper silver supply, presents a problem, as there is some evidence these mechanisms are interfering with true price discovery.

If the perceived ample supply of silver depresses prices, new mine production is delayed and supply and demand imbalances persist.

What would a “digital dollar” mean for inflation?

In recent months, Federal Reserve officials have openly pontificated on the possibility of introducing a digital currency.

It has been dubbed by some observers as “Fedcoin.”

The Fed is reacting to the perceived threat posed by decentralized cryptocurrencies as well as the possibility of being beaten to the chase by a digital Chinese yuan.

Other central bankers around the world share similar concerns and may coordinate the launch of a global digital fiat currency.

Going digital would set the stage for the abolition of physical cash. It would bring with it the risk of having negative interest rates, taxes, or other penalties automatically deducted from one’s digital wallet.

It would also permit federal bureaucrats to track transactions in real time and even punish disfavored activity almost instantly.

As for inflation, the currency supply is already being inflated digitally every time the Fed makes bond purchases or facilitates new borrowing at artificially low rates. Trillions of dollars in transactions like these occur every month through nothing more than computer entries.

Perhaps the complete elimination of paper Federal Reserve Notes would be of psychological significance, though. It may wake up more Americans to the risks of inflation and accelerate the decline in confidence in the U.S. currency.

Are there any situations when the “face value” of a gold or silver coin might matter?

In theory, it could. In practice, it almost certainly won’t.

Some government-issued coins including gold and silver Eagles have face values attached to them. But these face values are a small fraction of the market values for these coins. For example, a one-ounce gold Eagle has a face value of “50 dollars,” a silver Eagle just “one dollar.”

There is historic, Constitutional significance in defining a dollar as a specific weight in silver. But today this value is practically meaningless. Nobody but a fool would exchange an ounce of silver for $1.

Having a government legal tender value attached to a coin presumably guarantees it will never be worth less than that – whereas a privately minted round provides no such guarantee.

But if you’re worried about gold prices crashing below $50 or silver below $1, then you’re probably not in the market for precious metals to begin with!

What are the advantages of silver over gold?

Gold plating is used in some computer and high-tech applications, but its demand profile is more concentrated in jewelry, coins, and bullion bars held by large investors and central banks.

Silver is often referred to as “the poor man’s gold.”

A person of modest means can accumulate silver one ounce at a time much more easily than with gold.

Silver prices tend to be more volatile than gold prices – which can be an advantage or disadvantage depending on your outlook and time horizon. It’s an advantage if you have strong hands and are willing to ride out the precious metals bull market to see silver hit new all-time highs.

Silver usually outperforms during uptrends and has since last year’s COVID panic lows made silver historically cheap versus gold.