With just over a week of trading in the books for 2022, now is a good time for investors to make sure their portfolio allocations for the New Year are on target.

Some believe the first few trading days of January are indicative of what’s to come for the remainder of the year.

It’s still too early to tell what sort of themes will play out in markets in the months ahead.

However, investors would be wise to prepare for broadening inflation pressures and likely Federal Reserve rate hikes, even as the Fed will almost certainly remain woefully behind the curve.

Investors should also prepare for unexpected events that could upend the forecasts of all the top economists and Wall Street analysts.

In uncertain times, diversification is key to being able to survive market turbulence. 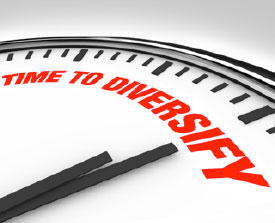 Investors are often advised to rebalance their portfolios in the New Year in order to make sure they aren’t overweight or underweight target allocations.

That advice makes sense in principle. When a certain asset class generates big returns in the previous year while another one underperforms, a portfolio can become tilted in favor of recent winners.

The problem is that the conventional advice on portfolio allocation neglects to include any balance between paper assets and hard assets.

Stocks, bonds, and bank accounts denominated in U.S. dollars are all paper assets. They have both counterparty risk and inflation risk.

Banks can fail. Bonds can default. Companies can go bankrupt. The currency can become worthless – if not suddenly all at once, then gradually over time.

Investors who hold physical precious metals are protected from such worst-case scenarios. Gold and silver are also capable of delivering market-beating returns through periods when conventional financial assets struggle.

During the decade of the 1970s, as paper assets got clobbered by inflation, gold delivered average annual returns of 30.7%.

The S&P 500 barely eked out nominal gains of 1.6% per year – which were far too puny to keep pace with an inflation rate that surged into the double digits by the end of the decade.

Gold shows virtually no correlation to stocks and bonds, meaning it can rise when paper assets fall. Yet the average investor has nowhere near even the bare minimum suggested by Ibbotson Associates to hedge against risks in financial assets.

While some diversification into hard money is better than none at all, adding a minimal amount for window dressing won’t necessarily provide much benefit.

Some people perceive precious metals as exotic and speculative and therefore go in for only a 1% or 2% allocation. But gold and silver aren’t lottery ticket plays like penny stocks or cryptocurrencies.

The purpose of physical precious metals is to provide ballast in a portfolio – to ground it something tangible with immutable value.

Gold and silver are forms of money. In an environment where inflation is (officially) running close to 7%, fiat currencies and bonds denominated in them are losing propositions.

It used to be that someone with a total liquid net worth of $1 million could comfortably retire and live off interest income. Unfortunately, thanks to inflation and interest rate suppression, a million bucks today isn’t what it used to be.

As recently as 20 years ago, $1 million would have been enough to generate $50,000 a year in income from Treasury notes. Today, Treasuries yield a fraction of that in nominal terms even as inflation is running much hotter.

The standard advice of moving more heavily into bonds and cash as you get older no longer makes sense. These cannot be considered “conservative” investments when they fail to conserve purchasing power.

It’s true that it some years gold and silver will also fail to deliver positive returns. But in other years, they will deliver outsized returns, beating other asset classes.

Over the long run, precious metals will surely retain value much better than holding U.S. dollars (or dollar-based bonds with a negative real return) which are destined to depreciate.