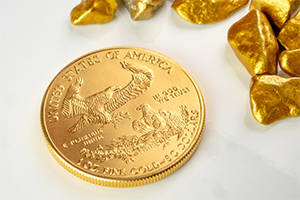 Even as the government-run institution continues to be plagued by its ongoing mismanagement, it sold 155,500 ounces of various denominations of the American Eagle gold coin in March alone, up 73% from the prior month.

With this morning’s 8.5% Consumer Price Inflation (CPI) reading from the Bureau of Labor Statistics, inflation is no longer a topic confined to pundits and economists; its painful bite on Main Street has become widely acknowledged and felt.

Extremely high inflation globally, combined with war in Eastern Europe and a shaky start to the year for equities, should underpin volatility-based demand for bullion throughout the year.

Meanwhile, although the U.S. Mint’s silver coin sales remain strong, high premiums caused by production shortages at the dysfunctional government “enterprise” has put a crimp on sales as compared to early 2021.

The U.S. Mint reported silver sales of roughly 7.5 million ounces in the first quarter, a decline of 37% from the year prior.