Currency Devaluation Is a Feature, Not a Bug

In the world of trends, history repeats more than it rhymes. Things which were considered “in” decades ago, reemerge as cool again decades later.

From mom jeans to vinyl records and even Marxist ideology. The spotlight of today turns to things – both good and bad – once forgotten.

Inflation is the latest trend to reemerge.

But this isn’t the kind and considerate inflation which hummed quietly in the background for years. This is the face-ripping, headline-making inflation which is dominating the news cycle and causing many to ask: why are things are so much more expensive today than they were a year ago?

While the increased CPI numbers continue to make headlines (the most recent numbers come to 8.5% annual), the common refrain from Central Bankers has been that there’s no need to panic. This has all been calculated and anticipated by the economists at the Fed. 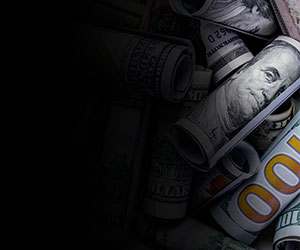 Price increases will impact different people in different ways. An 8.5% increase doesn’t capture the reality of most people. For some, it will be higher, others lower.

Regardless, we can be certain of one thing, the broken IOU of the Federal Government, which we mistakenly call “money” today, and the system built around it, does not help.

In fact, it’s designed to hurt.

You’re supposed to lose value every year holding dollars! It’s a feature, not a bug. While the stated minimum might be 2% by their own mandate, there’s no limit to how high it can go.

When the stated minimum loss on your dollar is 2%, and when it overshoots to 8.5%, how is one to make an investing strategy to save and hopefully retire one day?

Since no CD will truly outpace inflation these days many have turned to the stock market.

Certainly, you could shoot for a portfolio that earns, say 4% return every year. But this is not as easy as it sounds. The stock market looks to be overvalued by many different metrics. And as we often say, rising asset prices are not a substitute for earning a yield (despite what just about everyone else will tell you).

There are no signs that the Fed is willing to undo the damage it has already done. The total debt burden continues to grow.

If the past is any indication of the future, one can only conclude that there will be more debt ahead. The growing debt decreases yields, adds default contagion risk, and ultimately increases the risk of owning dollars, because you’re the creditor.

Those are just a few of the known risks which must be considered. Then there’s the unknown unknowns. The black swan type events like COVID cannot be predicted and are extraordinarily difficult to hedge against.

All of that to say – generating a return in this market that beats inflation is no easy task.

It’s Time for TINA to Retire, and for GITA to Take Center Stage

TINA (There Is No Alternative) continues to be a popular reason for why the stock market isn’t slowing down, despite all the risks outlined above.

We think it’s time to retire TINA in favor of GITA—Gold Interest is The Alternative.

OK, maybe it’s not the catchiest of acronyms. But, earning interest on gold is a compelling alternative in this environment, and one investors should consider.

Gold and silver have a solid track record of standing up to the dollar’s shortcomings. Year to date, the price of gold is up about 4%.

Earning interest on your gold (and silver) – possible through Monetary Metals’ program – means your ounces grow, year over year, whether the price of gold is $1,000 an ounce or $1,000,000 an ounce. A steadily increasing quantity of gold and silver together with strong history of rising prices, is a winning combination.

Erik Oswald is a relationship manager at Monetary Metals & Co. with a background in the financial services industry.