Last month was the 89th anniversary of one of America’s biggest blunders on her descent from honest, sound money into weaponized political money: Executive Order 6102.

Signed on April 5, 1933, U.S. President Franklin Delano Roosevelt required all persons holding more than five ounces of gold to deliver their “gold coin, gold bullion, and gold certificates, now owned by them to a Federal Reserve Bank, branch or agency, or to any member bank of the Federal Reserve System.” 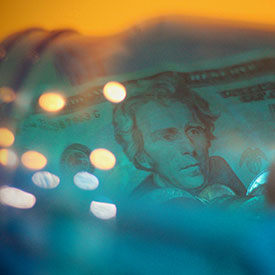 By outlawing the so-called “hoarding” of gold, Roosevelt intended to destroy gold as an everyday currency, transferring the purchasing power of gold to the U.S. government.

In exchange for Americans' gold, the government gave them Federal Reserve Notes at the exchange rate of $20 per ounce.

Soon thereafter, FDR devalued the Federal Reserve Note by 40% by resetting the exchange rate to $35, fleecing citizens who complied with the order.

Myths persist today about the likelihood of another gold nationalization. Given that the U.S. dollar is no longer backed by gold, it seems highly unlikely.

In 1933, the U.S. government was required to have gold in order to expand the volume of currency in circulation. Those days have long since passed, as there is no longer any (non-political) standard tied to the increase of America’s money supply.

In 1965, President Johnson passed the Coinage Act, removing silver from coins and replacing them with clad coins, a mixture of nickel and copper.

And finally, in 1971, President Nixon infamously ditched the Bretton Woods agreement and ended the ability of foreign central banks to convert their dollars back into gold at a fixed rate.

Removing gold backing from our paper currency completed the transition of a monetary system rooted in sound money to a purely fiat system, and this move sparked an explosion of debt and inflation.

The Once Mighty U.S. Dollar Is Coming Undone

It's technically incorrect to refer to the Federal Reserve Note as a dollar – the term “dollar” historically referred to a coin containing 27 grams of silver.

More and more people believe our once-stable medium of exchange to be a ticking time-bomb, fueled by inflationary policies wrought at the federal level.

Public support for reform is increasing, particularly at the state level where legislation has been knocking down barriers to getting out of the moribund Federal Reserve Note and into gold and silver.

This long descent of the dollar has come as no surprise; the federal government has been chipping away at its trust for decades.

Current “economic experts” are seemingly unable or unwilling to diagnose a simple and obvious problem. Jerome Powell, Chairman of the Fed, was rightfully lambasted for telling the nation that inflation was “transitory.”

For the past 100 years, we were assured that those in charge had the necessary tools to keep inflation from becoming a problem. All the while, the currency's purchasing power has fallen by more than 98%.

Today, inflation sits at a 40-year high of 8.3%, according to the latest Consumer Price Index reading. The true inflation rate is likely much higher.

Meanwhile, Bloomberg, one of the nation’s largest financial media conglomerates, recently published an article encouraging Americans to eat more lentils while foregoing medical needs for their pets as a way to combat the ravages of inflation.

In 2020, in classic “cure becomes worse than the disease” fashion, the Federal Reserve created $4 trillion in new currency units.

Since then, the Fed has continued to create money out of thin air to help finance the deficit, including part of President Biden’s latest budget proposal (estimated to cost around $5.8 trillion).

All told, 40% of the dollars currently in circulation were created in the past two years.

As Russia and countries worldwide continue to stockpile gold, and devise alternatives to trading in U.S. dollars, America should reexamine sound money principles.

It’s clear to see that America’s money unit has been dramatically losing value over time. Will the inflation problem become so obvious that Americans clamor to jettison the fiat currency altogether?

Matthew Cortez is a policy assistant for the Sound Money Defense League.