Mirmikan Capital's Dan Oliver today published a brilliant review of the rise and fall of the cryptocurrency exchange FTX, showing how it is a metaphor for all the big financial frauds that preceded it from centuries ago to the present, where even the most imaginary assets can attract and then vaporize enormous wealth. 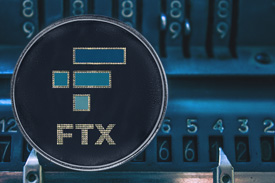 Among Oliver's conclusions: "In addition to general lessons, the FTX saga has more immediate implications for investors. First, it is yet another signal that the COVID bubble is collapsing and at an accelerating pace. The COVID bubble rests atop the QE bubble, which sits on the shadow banking system bubble, which relies on the banking bubble, which depends on the currency bubble.

"The questions are at what layer of bubble will the Fed make a determined defense and will it be successful?

"The second revelation of FTX is just how long it takes for wildly insolvent institutions to fail. Panics always start at the periphery. In the 19th century they would start in places like Argentina and take a whole year to reach back to London. Subprime housing exhibited the same phenomenon, taking 18 months to travel from trailer parks to Wall Street...

"It is, perhaps, remarkable that the entire crypto universe did not collapse Monday morning. But, as the above shows, it takes time for contagion to spread."

Oliver's analysis is headlined "FTX Post-Mortem" and it's posted at the Myrmikan internet site here.