Silver ETF and Gold ETF vs. Physical Gold and Silver – Which is Better?

The decision to invest in precious metals is a necessary step toward protecting your wealth in these volatile times. But it still leaves some investment choices to make – chief among them being whether to own gold and silver directly in physical form or indirectly through derivative proxies for bullion such as exchange-traded funds (ETFs).

Although ETFs are convenient for short-term investors and speculators who move in and out of the market, that isn't the primary concern of those who desire long-term wealth protection in precious metals.

If you're building a hard-asset financial foundation, your primary concern is security. By that standard, ETFs are an inferior method of precious metals ownership.

Unfortunately, ETFs are the preferred vehicles of brokers, financial planners, and Wall Street commentators – the people who have been pushed (often kicking and screaming) into belatedly acknowledging the wisdom of investments related to precious metals. The same financial professionals who never understood or believed in gold philosophically are now advising the public on how to own it! From brokerage houses, to glossy "money" magazines, to celebrity gurus such as CNBC's Jim Cramer, the financial industry is steering those who seek refuge in precious metals into fee-generating trading instruments instead of direct physical ownership.

Cramer advised his viewers in 2011 that the $69 billion SPDR Gold ETF (GLD) is " the most convenient, least risky way to play the precious metal." Least risky? This coming from a man who touted the "safety" of Bear Stearns on the eve of its collapse!

A Metals-Backed IOU Is Still an IOU... that Could Default

The risks entailed in owning ETFs derived from precious metals are much the same as those of other financial instruments – risks that precious metals investors presumably want protection from.

A key difference between gold v. gold ETFs is the significant counterparty risks the ETFs introduce. Owners of a GLD – or IShares Silver ETF (SLV) – own shares of a trust that is supposed to be backed by the metal. Shareholders don'town title to the metal itself. On the other hand, when you own actual gold vs. GLD, you aren't effectively entrusting your wealth to HSBC, the mega-bank that serves as the primary custodian for the ETF's bullion.

The dangers of entrusting precious metals to financial intermediaries are illustrated by the MF Global collapse of late 2011. Investors who held warehouse receipts for gold and silver bars within MF Global accounts had their assets frozen and pooled together with those of other customers of the failed firm. The liquidating trustee told them they'd eventually get back about 72 cents on the dollar; in other words, they'd lose 28% of their bullion.

The gold and silver ETFs also use futures contracts to buy and sell metals into and out of the funds. There is the risk of delivery failure, just as there is a risk that some of the gold or silver bars owned by the fund are encumbered in some way. And finally, to the extent shares of these ETFs are sold short, some silver insiders such as Ted Butler have raised concerns that those shorted shares may not maintain their full metal backing.

Holders of the largest gold and silver ETFs, GLD and SLV, lose .40% and .50% , respectively, to management fees every year. The fees aren't unreasonable as compared to bullion storage services, but they may be unnecessary. If you already have your own safe or hiding place for valuables, then it costs you nothing at the margin to add another gold bullion coin to the lot. You can hold onto that coin for years or decades, and it will track the spot market 1:1 with no annual slippage. When you're ready to sell it, trade it, or pass it along to heirs, the ounce of gold you originally purchased from Money Metals Exchange or another reputable dealer will be that same full ounce.

Long-term holders of ETFs will see their share values negatively diverge from the spot bullion price. When GLD launched in late 2004, each share represented one-tenth of an ounce of gold. Seven years later, each share reflected a 3.1% reduction in the quantity of bullion represented by it, owing to the cumulative effects of fees. 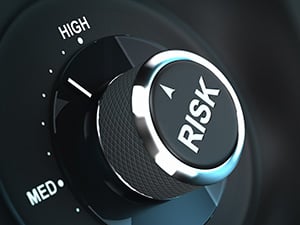 SLV shares, meanwhile corresponded to 3.6% less silver in late 2011 than they did at the ETF's launch in 2006. Over the course of 30 years, SLV holders can expect to see a 15% reduction in the silver value of their shares – and that's assuming nothing goes wrong!

An accounting or auditing scandal or a theft or fraud of multi-billion-dollar proportions involving one or more bullion ETFs seems probable at some point. Some credible watchdogs believe the major ETFs have already partially defaulted by backing some shares with derivatives and have cooked their books by engaging in hidden leases, swaps, and commingling.

Even if the ETFs flawlessly deliver on their promise to obtain and securely hold pure physical bullion in proportion to all shares outstanding, investors still would be stuck with nothing more than a stock symbol on their brokerage statement. It is nearly impossible for retail investors to take delivery of the ounces of gold or silver they think they own through ETFs. If you can't see, touch, or hold the gold you think you own, then all you actually own is paper.

The bottom line is that ETFs don't insulate you from the risks inherent in the financial system. They are no substitute for physical gold and silver bullion owned directly. On the questions of whether to own physical gold vs. ETF shares or physical silver vs. ETF shares, we strongly suggest you avoid the ETFs.