Get to work, Mr. Chairman." That was the directive issued to Federal Reserve Chairman Ben Bernanke last Tuesday by Senator Chuck Schumer (D-NY).

Specifically, Schumer demanded that Bernanke "work" on producing more monetary stimulus to try to turn around the economy – since Congress can't or won't do anything to help it. "The Fed is the only game in town," he said. 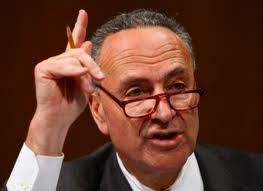 The coming monetary injections, once announced, should serve as a catalyst for higher precious metals prices. In the meantime, the summer doldrums that we warned you about several weeks ago persist...

This past week brought a further narrowing of the trading ranges in the gold and silver markets, as a strong base appears to be forming in advance of the next precious metals rally.

Both metals had a quiet week and traded flat – with gold losing $4/oz to finish at $1,585 and silver gaining $0.03/oz to close at $27.39. In silver, the $27 range (and just below it) appears to be a level of extremely solid support. Countless times now the silver price has dipped into the $26s and immediately rebounded. Meanwhile, gold continues to see solid buying between $1,570 and $1,580 – holding a floor just below where it is now.

The summer of 2012 resembles the summer of 2010, when we saw several months of consolidation followed by a huge price move in the fall. Many industry experts are calling for similar fireworks to occur during the final months of this year.

Protect Your Assets – No One Else Is Going To!

Nearly four years ago, Lehman Brothers collapsed, kicking the infamous Financial Crisis into hyperdrive. Over the four years, there have been scores of investigations, including Congressional testimony featuring the CEOs of the nation's largest banks. There has been clear evidence of fraud; from mortgage applications doctored, ratings agencies bribed, toxic assets erroneously labeled AAA and then peddled to unsuspecting clients, segregated customer funds embezzled... to the latest episode of the gaming of LIBOR interest rates. You name it, we've seen it. 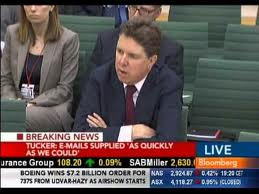 Bank of England head Paul Tucker
and other regulators are in hot water for
manipulating the LIBOR, a key interest-rate
index used in contracts throughout the world.

The two glaring things we haven't seen: the criminal prosecution of high-profile executives or the firing of top government regulators. The lone exception is the recent arrest and charging of Russell Wasendorf Sr., the PFGBest CEO who embezzled more than $200 million in client funds. Perhaps that's because he left complete details on his crime in a note prior to his attempted suicide – gift wrapped for prosecutors.

MFGlobal, former industry peer to PFGBest, also misappropriated segregated funds. But no one there appears headed for jail. Of course, that firm's CEO, Jon Corzine, did not provide a note exhaustively detailing the crime and accepting responsibility. Corzine, the former CEO of Goldman Sachs, also served as a U.S. Senator and governor of New Jersey – making him far better politically connected than Wasendorf.

According to David Cardona, who left the FBI in 2011 for a job with the SEC, investigators are unlikely to attempt criminal prosecution without a "smoking gun." Absent CEOs leaving a written blueprint of their wrong-doing, you have to assume that none of them will be held responsible for bilking investors. It isn't hard to understand why fraud is far more pervasive than anyone would have imagined prior to the 2008 Financial Crisis.

The past four years should provide a clear lesson for investors: assets in the hands of mainstream financial institutions are vulnerable; and you are going to have to protect them yourself. This is one of several reasons why Money Metals advocates taking personal possession of physical gold and silver bullion. If you don't hand over control of your assets to the corrupt financial system, it can't steal them. ?