Got Gold at Home? Reading This Could Save Your Life

For many of us it's been a rough few years. We have endured disturbing social and political changes, which too often have been beyond our individual control.

Some rough years still ahead may bring personal demands we haven't yet imagined. How we handle those challenges will depend on our ability to think and act independently -- and our appreciation of personal responsibility.

If you own and possess gold and silver, you've taken a big step toward securing financial protection for yourself and your family. You've absolutely made the right decisions and taken the right steps. Like most, you probably keep all or some of your precious metals close at hand. After all, that's largely what precious metals are for.

Now it's time to take another important step… one you may not have considered.

So You've Stored Your Gold and Silver - What's Next? 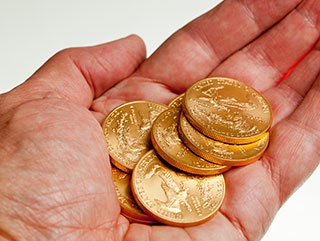 Now you must take a look at yourself, your personality, and your habits in order to identify some strengths and weaknesses. It's here that you can and should take control of changing times. This self-examination could save your life.

That's because by storing some (or all) of your gold and silver close by, which minimizes counterparty risk and boosts emergency preparedness, you could be a potential target of vicious criminals if you aren't careful. The same is true if you have cash or jewelry. The best defense you'll ever have is to keep your business to yourself. Secrecy is key.

You can become your own worst enemy by ignoring your responsibility to protect your own privacy. For too many, that lesson was learned too late, or sadly, never learned at all:

December, 2011. A man, his wife, and his daughter returned home from dinner at a restaurant near their home just outside Houston, Texas. As they entered the house, two thugs hiding outside broke in waving pistols, demanding the homeowner open his safe. They terrified the family for over two hours, and got what they came for only after shoving a pistol in the daughter's mouth. The brutal criminals escaped with a half million in cash and gold.

February, 2012. A retiree in Gonzales, Louisiana answered his door around 10 p.m. He recognized his visitor, a former employee. As he opened the door, five others hiding outside rushed in and overpowered the man, his wife, and their son-in-law. The killers cut their throats before stealing a metal safe reportedly containing a hundred thousand dollars in gold coins and bullion, silver, and rare coins. Police learned during their investigation the murdered retiree happily talked to anybody and everybody about the wealth he kept in his safe at home.

August, 2013. A woman returning home just after midnight in Coeur D'Alene, Idaho found two strangers parked in her driveway. When she confronted them, they fled. Inside, she found her elderly, disabled father unharmed, but two safes containing a reported quarter million dollars in cash and gold were gone.

November, 2013. Three armed criminals overpowered a sleeping homeowner living in a luxury high-rise near Palisades Park, New Jersey and escaped with $2 million in cash and gold. They knew what they wanted, came prepared, and spent three hours ransacking his home and his safe. 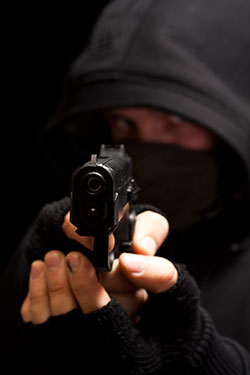 There are more such stories, particularly involving folks with stashes of cash or jewelry. The common theme to these home invasion crimes is the victims were not randomly selected.

In each case, someone knew about the valuables kept at home who had no business knowing.

Someone talked who should not have talked. What should have been confidential information about fortunes kept at home was out there on the streets.

Professional bullion and coin dealers, jewelry merchants, pawn shop operators, and bank tellers have been living with threats of robbery and murder for as long as they've been in business. But cases of savage home invasions by criminals looking for gold and silver used to be extremely rare. Now, those crimes are slowly increasing in number and frequency as public awareness of precious metals grows, as the economy slowly sinks into the mud, and as gold and silver become more sought after.

That puts your name on the list of potential targets.

Do You Blab about Things You Own?

Now is the time to take a responsible look at your own habits and practices, by asking yourself just a few personal questions. The idea here is not to turn you into a real-life action hero, but to avoid the need for close-combat heroics in the first place. 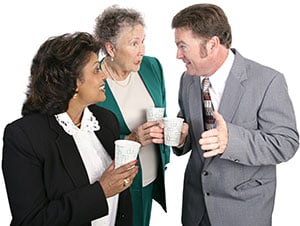 These key questions indicate whether you are risking too much by broadcasting your private matters.

Social media is here to stay, but that doesn’t mean you have to risk your safety by advertising every private matter in your life, especially those involving your wealth.

Developing a keener power of observation during your normal routines can become a valuable habit that will pay off.

Young children who know about private family business are a special matter. 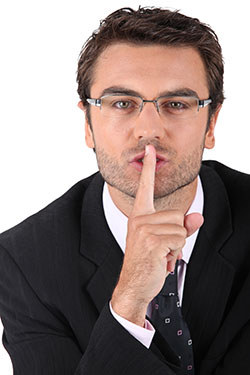 We know children can be raised in responsible homes to respect firearms safety and automobile safety, so they can certainly be raised to understand family privacy.

A hard look at your own honest answers to my questions and other questions of your own will go a long way in preventing criminal horrors from happening to you.

Don't look to friends, relatives, police, government, or media for any answers. Look instead to your own responsible, independent, God-given common sense.