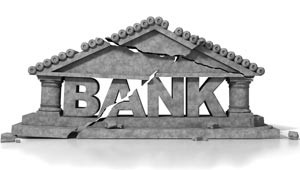 There's a new front opening up in the war on your wealth. If you haven't heard yet of the “bail-in,” you will. Even if you have, you need to know the latest…

The bail-in is another weapon in the government's arsenal of capital controls meant to reward Wall Street cronies and separate you from your money.

We've long been familiar with capital controls, such as daily limits on bank withdrawals. Add that to seven years of microscopic interest rates cannibalizing savers' nest eggs combined with planned inflation stealing your money while you sleep. But unlike the drip-drip we're used to, the bail-in will come upon you quickly, harshly, and with finality.

As the world faced a complete financial meltdown in 2008, Congress ponied up fresh taxpayer money – $800 billion for openers and trillions since – to bail-out favored banks and industries. Out-of-favor institutions were allowed to fail. Jobs, fortunes, and futures disappeared while unborn generations were saddled overnight with unpayable debt.

That tried and true tactic took a new name: the bail-in. The easy part – the laws they needed had been in place for decades. But for added cover, they passed the Dodd-Frank Wall Street Reform and Consumer Protection Act of 2010, a 1930's-styled, bank heist blueprint with a feel-good name.

Those laws altogether say your money in your bank account in your name is not your money. Those laws say the bank owns your deposited money, not you.

Court cases have upheld for decades that putting your money in savings, a CD, or other banking products means you've become an “unsecured creditor.”

Your deposit is actually an unsecured loan to the bank with all the problems of counterparty risk! Instead of being presented with collateral, you get an IOU that pays a pittance in interest, or in many cases nothing.

A busted bank doesn't have to return your principal deposits. Unlike when YOU are the borrower and THE BANK is the lender, the bank didn’t tender you a lawyered up promissory note or offer you a lien on its assets. Legally speaking, you may as well have handed your money to a stranger in the alley.

“Unsecured creditor” means just what it says: "no security."

What is FDIC Insurance?

As banks went belly up during the Great Depression, slaughtering depositors' life savings, Congress offered reassurance that banks could be safe by creating the Federal Deposit Insurance Corporation, or FDIC. For decades thereafter, careful depositors walked the tightrope of spreading their deposits among various banks to qualify for insurance protection.

Every depositor should now be aware of the FDIC's congressional mandate to handle the next global economic meltdown. Readers can read that entire scheme here.

It's not an easy read because it was never meant to be. Here are some notes that might help…

It's a joint plan with the Bank of England. Bankers see the next meltdown again going global. The title accurately names the sole intended survivors – “Globally Active, Systemically Important Financial Institutions.” The document reveals a future meltdown was anticipated, discussed, and coordinated years before the publication date of December 10, 2012.

The language “top of the group” refers to creditors, stock holders, and bond holders. They are first in line for slaughter (p. ii, p. iii).

“Resolution tools” and “resolution powers” are used throughout the document. “...applying resolution tools to different parts of the group” means FDIC has authority to make it up as they go (p.1, para 3). “...resolution authorities must not be constrained in exercising discretion” means FDIC decisions carry absolute legal authority (p.1, para.4). 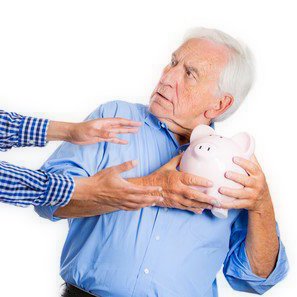 FDIC doesn't like the word “save,” as in “save bad banks.” FDIC substitutes the word “resolve” 18 times.

And then there’s you, the “unsecured creditor.”

As it happens, “unsecured creditors” are quite important with the FDIC, appearing 11 times in the 18 page document. “...unsecured creditors should thus expect that their claims would be written down to reflect any losses that shareholders did not cover” means we'll tell you how much you lost after we divvy up the take (p.6, para 12). That could also point to lowered insurance limits without notice, if any insurance is left at all.

“...it will take time for losses to be assessed for purposes of recapitalization” strongly hints at freezing any loot in accounts left behind (p.8, para 35).

Your consolation prize, if there's one at all, might be some government-issued bank stock you can't sell.

FDIC congratulates itself 9 times for not “exposing taxpayers,” never mentioning FDIC itself would be bankrupt after the first $50 billion in claims, leaving taxpayers to bail-out the very FDIC created in 1933 to shield their savings deposits. One single zombie bank could easily swallow $50 billion. Estimates of currently insured FDIC deposits exceed $6 trillion.

Bail-in Scheme Has Been Tested and Is Ready for Use

The bail-in ripoff scheme has been successfully tested. Depositors in Cyprus found their savings largely wiped out early in 2013. That infamous bail-in was a test run, leaving the U.S. government's fingerprints all over Cyprus. It is significant to note Cypriot authorities claimed, on their website, the legal authority to change rules mid-stream at any time, just as the FDIC claims.

Low withdrawal limits stopped panicked depositors' last minute bank runs. As banks stole their deposits, no citizens stormed banks with pitchforks, no guillotines were hauled into the village square. Bankers from Cyprus to New York congratulated themselves all around.

Bail-in plans have been adopted by Canada, Australia, and throughout Europe for future use. The G-20, representing the twenty largest national economies, rubber stamped approval for global bail-ins late last year, as has the International Monetary Fund. Just last week, Austria suddenly dumped its version of FDIC insurance altogether.

Governments facing economic annihilation across the globe are now legally authorized to seize banking depositors' savings, either all or in part, overnight, and without notice. The bail-in is a treasure map for bankers and governments at the next hint of worldwide economic calamity.

They know the next meltdown will be your grandfather's Great Depression.

Unlike the 1930's, there will be no point standing in long lines with hat in hand to ask for your money. By the time you hear the news, your money in the bank will already be gone.