If you don't have a magical crystal ball to see the future, then a good history book will do the job. Understanding the past offers a full color panorama to the dangers and opportunities facing you in 2016.

Unpayable debt is becoming the Big Story of the 21st Century across the globe. Life-altering disruptions will be the norm, with little that mankind has not seen before.

In early November, Congress recklessly increased American spending and debt by another $1.14 trillion. Lawmakers long ago erased all limits to printing money and creating debt backed by nothing. The total world debt is unknown and uncountable. Pick any figure in the hundreds of trillions and you'll be close.

Governments intend for you to pay those debts. To ensure you don't argue, they must increase control.

In the historic cradle of democracy, Greek citizens woke on New Year's Day staring at a 56-page “assets declaration” form, a record for the tax man of everything owned above a certain value.

After a roller coaster 2015 of violent demonstrations, Greeks voted a landslide mandate to stiff their European debtors in favor of starting over and going it alone. 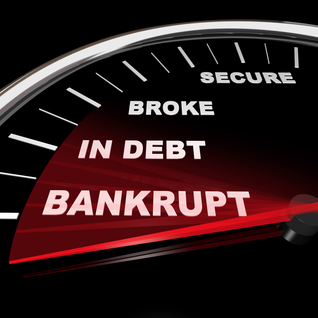 “Assets declaration” is not a new idea, as anyone facing bankruptcy would know. Everything from real estate, cash and jewelry, down to the kitchen cups and saucers, must be listed for the courts to divvy up.

But this isn't a case of personal bankruptcy. The Greek government, mired in debt for the next hundred years, has transferred its own bankruptcy reporting obligations to its citizens, amounting to legal repudiation of private ownership and private wealth.

Private wealth is a cornerstone of personal liberty. As explained in Money and Wealth in the New Millennium, the two go hand in hand, even as government continues to redefine debt as wealth.

Yes, Greeks have an international reputation for tax avoidance. But targeting all private property goes far beyond “paying a fair share.” It's a clear sign of modern times that bankrupt governments will stop at nothing to protect themselves at the expense of their people.

China has smartly turned conformity into a smiley face with a number value. But China is just playing catch up to other old ideas.

The less debt you assume, the lower your score. Cancel a credit card, and your score will drop. It's preferred instead you dive right in, so you won't mind at all your government is also in debt!

The strategy goes beyond selling you junk you don't need. The intention is to create pride in indebtedness – to further confuse debt with wealth. Along the way, it makes the financial habits of consumers and voters transparent to government snoopers.

Americans (and others) have already done the bulk of government's work with self-inflicted online postings, using Facebook and other social media to forever publicly record what used to be valued private opinions and beliefs.

History has taught many lessons about bankrupt governments. As they fear losing control, they tighten the reins on citizen liberties. Standards once meant to keep civilized order are now exploited to instill tranquil compliance.

Just as bankrupt governments treacherously turn on their people, they will also turn on each other. Some recent examples:

To defend ourselves, we strengthen our families and local communities, vote in coming elections, and fight for basic human freedoms of speech, religion and the right to defend ourselves. And, like Norm Franz and others, we can reject the notion that debt is wealth… or that debt buys freedom.

Gold and silver have stood for centuries, untouched, unmatched, as the best stores of private wealth, a cornerstone of freedom. You can take history's word for that. Or Alan Greenspan's.

Centuries of faith in gold and silver isn't a new idea at all.