Gold and silver markets entered this summer with sentiment toward the metals in something of a deep freeze. 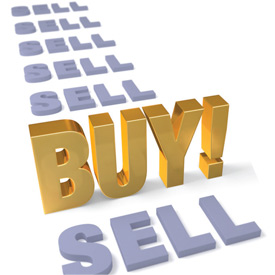 The U.S. Mint's sales of the American Silver Eagle and gold Eagle bullion coins in the first half of the year lagged far behind the pace of 2017, when it sold 302,500 ounces of gold and 18 million ounces of silver.

As of this writing, the U.S. Mint sold just 6.5 million 1-ounce silver coins and 110,000 ounces of gold - a collapse in sales from levels seen in recent years.

Another measure of the public's disinterest in owning precious metals is declining internet search volumes.

Google Trends data for May show the fewest searches for the phrase "buy gold" since July 2007. Back then, gold traded at around $670/oz - a pretty good price at which to buy amidst public apathy.

Some beleaguered gold bugs are taking the lackluster market conditions as a sell signal. Bullion selling by the public has increased since the start of the year. Money Metals Exchange saw a marked increase in customers wishing to sell, particularly since we offer the best "bid"prices in America.

The silver lining in a depressed bullion market is that buyers can obtain most popular products at low premiums. In some cases, premiums over spot prices have dropped to historically low levels.

We are happy to facilitate either sell or buy orders, but our experience is that when lots of people want to sell, it's an opportune time to buy - at least for those with a long-term perspective.

Investors in the Far East aren't worried about the ups and downs on the charts. They are concerned with acquiring more ounces.

Sentiment turned extremely negative in both the paper and physical markets even as gold and silver prices maintained their trading ranges. Although both gold and silver came close to suffering major technical breakdowns this spring, no longterm damage was done.

Given the negative sentiment and the strength of the U.S. dollar in the spring, the downside in metals markets could have been far worse. The fact that it was minimal suggests underlying technical strength.

It appears that growing demand among the world's central banks is helping to put a floor underneath prices. In recent years, Russia and China have been steadily accumulating gold. Over the past decade, Russia has more than tripled its gold reserves from 600 tons to nearly 2,000 tons.

China's gold reserves have also grown dramatically. It's difficult to get exact numbers, as the Chinese government has acquired much of its gold in secret. But it could be as high as 4,000 tons.

Smaller players on the global stage are accumulating physical gold as a way of countering U.S. sanctions and U.S. dollar dominance in global trade. In the first quarter, Iran's gold bullion purchases surged.

Clearly, many countries that count the United States as an adversary are turning to gold as a means of gaining greater independence and leverage in international trade. The ultimate goal of the emerging Russia-China-Middle East economic alliance may be to dethrone King Dollar.

It won't happen overnight. But gold is gradually rising as a credible counterweight to the U.S. dollar and other fiat currencies.

Far East countries like China are known for their long-term time horizons. They aren't worried about the ups and downs on the charts. They are concerned with acquiring more ounces. They are happy to buy on price dips when they come. Disciplined long-term investors should be as well.