Fool’s Silver: Why Most “Silver Miners” Don’t Live Up to Their Name

If you buy shares in a silver mining company, you will have to assume additional market risks compared to ownership of silver bullion. You may wish to do so in order to potentially gain leveraged exposure to silver prices.

What you may not realize, however, is that most of the publicly traded “silver” stocks out there are primarily in the business of mining other metals – sometimes gold, often copper, zinc, lead, and other base metals.

While Pan American is indeed a producer of silver, its business comes mainly from other metals. According to BMO estimates, only 33% of Pan American Silver’s revenue in 2019 will come from silver production.

Rare is the silver miner that actually derives most of its revenue from silver mining. There are both geological and philosophical reasons behind the paucity of pure silver producers.

Since silver deposits tend to accumulate around other metals, valuable byproducts will be extracted during the mining process. Most silver is produced as a byproduct of mining for base metals, so primary silver mines are few and far between.

Gold and silver bugs who expect mining industry executives to share their bullishness about prices or their commitment to sound money principles will be sorely disappointed. Very few of them are allies to the broader precious metals community.

These companies also tend to be run by geologists, engineers, and accountants who, by their nature, often don’t see the big picture.

A recent and obnoxious example of this problem is Hecla Mining (NYSE:HL), the Idaho-based company that repeatedly refused to support legislative efforts in its home state that nearly ended income taxation on gold and silver.

Add Hecla management’s refusal to reinforce the public policy importance of its own products (to the very state in which it operates) to the reasons this miner’s stock price has gone nowhere but down in recent years, including during silver’s recent rally.

One exception is First Majestic CEO Keith Neumeyer. He is enthusiastic about silver and tuned in to the values and concerns of physical bullion holders. First Majestic Silver (NYSE:AG) is the purest major producer, with 62% of its revenue attributable to its namesake metal. 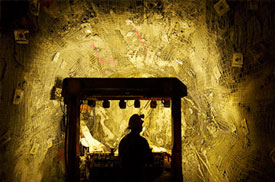 Of course, you will never find a purer silver play than actual .999 pure silver bullion products.

The further your silver-related investments get from the underlying metal, the more they will be driven by other factors you may not necessarily understand or believe in.

When silver starts becoming a hot commodity again, Wall Street will surely supply a bevy of new “silver” equities and exchange-traded derivative products – most of which will serve to divert casual investors away from investing in silver itself.

Right now one of the easiest – and least efficient – ways for the public to invest in the silver industry is through SIL.

This “Silver Miners” ETF is top heavy with majors that mine mostly other metals. It is also populated with royalty/streaming/exploration companies that do little to no mining. SIL carries an annual expense ratio of 0.65%, which is quite high compared to other passively managed funds.

If your aim is to invest in silver producers, you’re better off focusing on particular companies that deliver the goods. If you lack the time or know-how to pick quality mining stocks, you won’t go wrong by simply owning what they produce via physical bullion.