The recent explosion in inflation rates caused by runaway debt-funded federal spending and Fed money printing has sparked renewed interest in state legislatures in the role gold and silver play in hedging against systemic risks.

Meanwhile, several states are considering an allocation of state funds to the monetary metals – a way to hedge their investments in fixed income and other assets vulnerable to inflation.

By way of example, the state treasurers in both Oklahoma and Idaho each have $10 billion in taxpayer funds under management – the value of which is rapidly bleeding away through negative real interest rates. 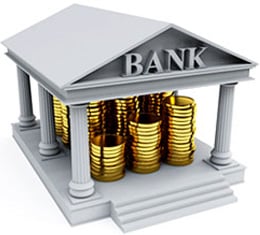 Substantial debt-paper holdings carry both counterparty risk and low nominal yields. With inflation now running at 7% (at least), the real rate of return for taxpayers is deeply negative, perhaps greater than 5% negative.

A reserve fund with the objective of maintaining the value of principal ought to include an allocation to the money actually prescribed to the States in Article 1, Section 10 of the U.S. Constitution, i.e. gold and silver.

The monetary metals help preserve purchasing power over the medium to longer term and have a low correlation to other assets, providing important diversification and financial insurance.

Gold and silver are liquid, traded around the clock at full market value, and don’t suffer from negative interest rates.

The financial security precious metals provide is part of the reason central banks around the world hold them on their balance sheets (with Russia, China, Germany, France, Hungary, Serbia, Thailand all known to have bolstered their holdings in recent months).

Idaho House Bill 522 (introduced by Rep. Ron Nate, who holds a doctorate in economics) and Oklahoma House Bill 3681 (introduced by Rep. Sean Roberts) would permit — but not require — the treasurer to hold a portion of funds in the monetary metals to hedge against the risks of inflation, financial turmoil, and debt default while potentially securing capital gains.

The treasurers’ new authority would be limited to holding gold and silver directly and without the counterparty risks inherent in virtually all other state holdings. 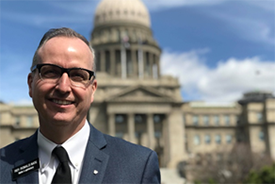 Rep. Ron Nate of Idaho is a
leader on the sound money issue.

That’s why both the Idaho and Oklahoma bills do not empower treasurers to invest in electronic instruments, futures contracts, or other gold and silver derivatives. The authority is confined to physical gold and silver, directly owned by the state, insured, unencumbered, and stored in secure bailment.

It’s as prudent as ever to provide state treasurers with options to hedge against the accelerating inflation that’s been foisted upon savers, wage-earners, retirees, and the states themselves by short-sighted politicians and central bankers in Washington, D.C.

States are likely to pay a high price if they fail to diversify into gold and silver. Inflation is the match that threatens to set the states’ big piles of negative-yielding debt paper on fire.