Last Wednesday’s rate hike by the Federal Reserve failed to convince investors that the central bank can tame inflation without wrecking the economy.

Subsequent remarks by Jerome Powell insisting that the economy isn’t vulnerable to recession were also unconvincing – especially given the Fed chairman’s lousy forecasting track record (“transitory” inflation has proven to be more like intractable inflation).

The good news for gold holders is that the safe-haven metal is holding up better than conventional financial assets. Stocks are breaking down at the same time as purportedly “risk-free” Treasury bonds are collapsing in value at a rate never before seen. 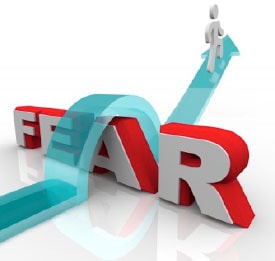 Sentiment gauges are showing extreme pessimism among the public. Most say the country is headed in the wrong direction and give President Joe Biden terrible marks for his handling of the economy.

Meanwhile, the American Association of Individual Investors survey has shown multi-year lows in the past two weeks in the percentage of the public bullish on stocks.

With so many asset classes under duress – stocks, bonds, cryptos, metals – a snap-back “everything” rally could ensue at any time.

But bear markets often bring furious rallies that ultimately amount to nothing. Investors looking for long-term buying opportunities should therefore be careful to pick assets with solid fundamentals.

It’s hard to say that about bonds, which still sport negative real yields. It’s also hard to find great value in equities which have much further to fall if the economy does indeed slip into recession.

Good relative value and safe-haven wealth protection can be found in precious metals markets. Though they aren’t at the sort of oversold extremes seen, for example, during the COVID panic of 2020, they may be nearing the end of consolidation ranges.

The buying opportunity presented in spring 2020 was a once in a lifetime opportunity for assets like silver. Silver got historically oversold versus just about everything, including gold. The gold silver ratio spiked to as high as an unprecedented 130:1.

Near the absolute bottom of the market on March 17th, we wrote, “Never has silver been as cheap to acquire in real terms as it is today.”

That article suggested we had hit "peak fear" – out of which “a new uptrend in silver, and a corresponding narrowing of the gold:silver ratio, can be expected to extend for years.”

Being greedy while others were fearful certainly paid off then.

That said, now may not be the time to go “all in” recklessly. It’s possible for an engineered selling rout in highly leveraged futures markets to slam metals prices one more time – especially if scared money flows out of equities and into U.S. dollars.

However, those who accumulate some bullion now and some later with an eye to average in while prices remain attractive stand to be rewarded when the trend turns bullish.

The easiest way to implement a discipled plan of regular bullion purchases is to sign up for Money Metals’ monthly Savings Plan. It’s also extremely cost-efficient: monthly plan participants enjoy even lower premiums on eligible products than those available to the general public.