Silver Quarters: The Value of Quarters Before & After 1964

Investing in silver quarters is a great way for investors to get started with silver. There are three main quarter dollar coins which have been minted by the US Mint in 90% silver; the Liberty Head “Barber,” the Standing Liberty, and the Washington quarters. The US Mint issued silver quarters from beginning in 1792 to 1964 in separate periods of production. 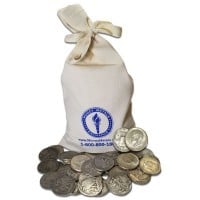 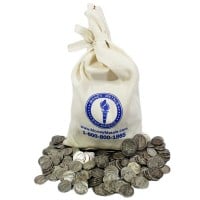 When Did Quarters Stop Being Silver? 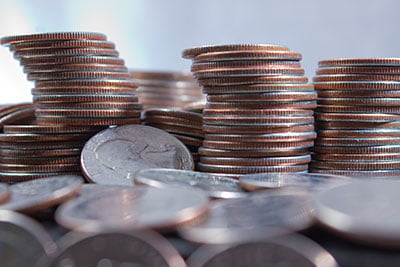 Circulated dimes, quarters and half dollars minted before 1965, when most of the silver was eliminated in US coinage, is generally referred to as “90% silver” or “junk silver”. The designation as “junk” simply differentiates circulated coinage in varied condition from more collectible coins which may be graded or have minimal wear.

The three designs of silver quarters struck between 1892 and 1964 offer an affordable and accessible way for inexperienced investors to start trading in silver. They are in abundant supply (with some notable exceptions) and generally have very low premiums above the spot value of the silver they contain. Keep reading for a more detailed overview of the merits of junk silver quarters.

“Junk silver” is an informal term, mainly used in the United States, the UK, Australia, and Canada to denote all silver coins in cull or fair circulation which have no numismatic value and are not collectible. Though it might seem somewhat pejorative, the term only refers to the silver coin’s collectability, not the value of the silver they contain.

Junk silver coins are often priced near the melt value - the “spot” or market Price of silver multiplied by the amount of pure silver content. The lack of any high premium is mainly due to the fact these coins were made in huge quantities and collectors have very little interest.

Demand from Bullion investors is another matter. These coins are very popular with silver investors because they offer a combination that is hard to get elsewhere. They are official government issue and low cost.

Another good thing about junk silver coins is their suitability for barter. Many investors understand the US dollar could completely fail. Fiat currency collapses have occurred throughout history when governments abuse the trust in them, and the dollar is certainly not immune. The small, or fractional size, of 90% silver quarters makes them ideal if needed to trade for low value items such as groceries.

The Liberty Head “Barber” quarter was introduced in 1892, along with the rest of the Barber series of coins which included a half dollar, dime, and nickel. The designs for all four coins were created by Charles Barber, the chief engraver with the US Mint at that time.

Barber was chosen to design the coins after a failed competition. Few artists applied since only the winner of the contest would be awarded a cash prize and no suitable design was chosen.

The minting commenced in 1892 and new coins were met with mixed reception from the public. The coins were replaced in 1916 after their minimum term expired.

On the obverse, the coins feature the head of liberty (Barber’s design) and the inscription “UNITED STATES OF AMERICA.” The year of mintage is featured beneath the portrait of Liberty. The denomination is stamped on the reverse of the coin within a wreath. The quarter coin weighs 6.25 grams and is 24.3 mm diameter. The silver content in each coin is 0.179 troy ounces, after factoring some allowance for wear. 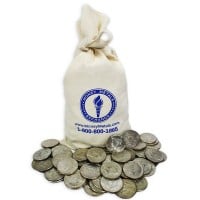 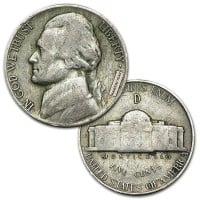 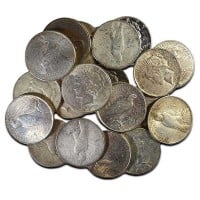 The Standing Liberty quarter was minted from 1916 to 1930. It was introduced to replace the Barber designed quarter. The initial design was by Hermon Atkins MacNeil, a prominent sculptor at that time.

Standing Liberty quarters remained in production until 1930 when it was discontinued. However, there was a production pause in 1922. The Philadelphia Mint was the primary facility producing quarters, though some quantities were made in San Francisco and Denver.

In its final version, the obverse of the coin features a portrait of the Standing Lady Liberty facing the viewer’s right. A shield is in her left hand (viewer’s right) and an olive branch is in her right. The inscription “LIBERTY” is above the portrait.

On the reverse, the coin features an eagle in flight as the central motif. The “UNITED STATES OF AMERICA” inscription is at the top and “QUARTER DOLLAR” is inscribed at the bottom. The “E PLURIBUS UNUM” inscription and 13 stars can be found on the reverse.

The coin has the same weight and size specifications as the “Barber” silver quarter. It is made of the same 90% silver, 10% copper alloy and contains 0.179 troy ounces of silver.

The Washington silver quarter was introduced in 1932. Production continued until the US Mint switched over to the copper-nickel alloy in 1965. The original design by sculptor John Flanagan was chosen by Treasury Secretary Andrew W. Mellon.

The coin was introduced on August 1, 1932 to commemorate 200 years since the birth of George Washington. Several minor redesigns were introduced before the coin’s retirement in 1965. In 1976, a special edition marking 200 years of the United States was issued. Since then, the coin’s design has been featured in several other special collections, most notably in the America the Beautiful series of coins.

The original coin features a bust of George Washington on the obverse, accompanied by the inscriptions “LIBERTY” above the bust, the issue date below the bust, and “IN GOD WE TRUST” to the right. The mint mark is also on the right side.

The Reverse has a bald eagle with the inscriptions “UNITED STATES OF AMERICA” and “E PLURIBUS UNUM” above and “QUARTER DOLLAR”.

All coins up to 1964 were made with 90 percent silver and 10 percent copper and have the same silver content as the previous two coins.

Junk silver is a great option for silver investors. The coins command a small premium above the spot price of silver and are abundantly available. Official US coins often carry higher prices, but Junk silver quarters are an exception. For those who simply want highly liquid and easy to trade silver at low cost, these quarters will be hard to beat.

Junk Silver quarters were made until 1964 when the US mint switched over to copper-nickel alloy. Along with junk silver dimes, they are one of the most affordable ways to buy silver bullion. There are three designs of silver quarter coins still widely available.

Despite the “junk” nickname, these quarters are quite popular with investors and will always be easy to trade.