Timeless Tips from the "Richest Man in Babylon" 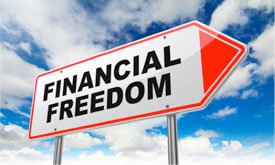 In the early 1920s, George S. Clason wrote a series of articles about acquiring and keeping wealth that were passed out by insurance companies to their customers. In 1926, he combined these essays into a book titled, The Richest Man in Babylon. To this day, that book remains in print.

In it, a series of parables highlighted Arkad, the wealthiest man in the area, who rose from poverty after learning from Algamish, the money lender, lessons of saving and investing.

Also, Dabasir the slave applied these rules to become a wealthy camel trader himself. Dabasir is portrayed as laboriously chronicling his progress, etching it for the record in cuneiform onto clay tablets.

Several millennia later, a Professor Shrewsbury at England's Nottingham University is asked by archeologists to translate the newly-discovered tablets. After doing so, he sees the value of Dabasir's experience.

Being deeply in debt himself, the Professor and his wife decide to apply these rules.

They contact their creditors, stating they will pay them off on a regular basis. The couple start living within their means and saving a portion each month. In time, they emerge debt free "with money to jingle in their pockets."

At its core, the set of rules involves dividing your monthly earnings into portions – saving 10% of all you earn; applying 20% to pay off debts; using the remaining 70% to take care of living expenses for you and your family. Then, once you've accumulated savings, investing some of it wisely.

Perhaps the most important part of this plan is to pay yourself first.

People seldom do this last part, which is probably why most of us fall far short of having enough money to live prosperous lives down the line. The tendency is to take care of everything else first, by which time little or nothing is left to save.

The result is that in the wealthiest nation in the world, tens of millions of Americans arrive at retirement age with little or nothing beyond a bare monthly income expected from Social Security – an expectation that is becoming increasingly problematic.

The timeless lessons of The Richest Man in Babylon also include:

Last month, at a symposium of the NW Liberty Academy in Boise, Idaho, organized by co-founders Elizabeth and Alan Hodge, I had the privilege of making one of the presentations.

The speaker lineup included some free-market luminaries like author Tom Woods as well as several high-ranking public officials in Idaho. One of my favorite presenters was Erik Finman, a 16-year-old entrepreneur, who shared how he dropped out of high school, and through an online company he started – on the margins for now – focuses on giving students the opportunity to "learn by experiencing the world the way they want to." 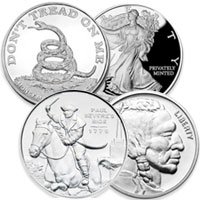 My goal was to impress upon high school students and adults both the virtues of and interrelationships between the U.S. Constitution, the legislative process, free markets, private property rights, and personal responsibility.

While presenting my research and conclusions on The Richest Man in Babylon, I passed out a one-tenth ounce .999 fine silver bullion round to each participant.

Watching the look on their faces as they rubbed the silvery sides of the coin between thumb and forefinger replicated what I have seen many times when giving them to people during my mining tours and fishing travels in Canada, Argentina, Mexico, and Bolivia.

The experience starts to awaken a long-dormant understanding as to what has always constituted real value in terms of sound money. Much different than the base metal slugs in our pockets today. More meaningful than what David Morgan of The Morgan Report and author of The Silver Manifesto refers to as the "paper promises" in our wallet which invisibly lose purchasing power by the month and year.

Arkad, The Richest Man in Babylon, and Dabasir the slave can speak to us from the past by parable about the immutable laws of achieving financial security. Folks like Elizabeth and Alan Hodge can set the stage to help provide knowledge for tomorrow's leaders.

And Money Metals Exchange, for whom I write this column, can offer you the opportunity to learn about and acquire precious metals from a trusted source.

But only you can plan, decide, and then… act.

In the process of handling your finances, do you see the value of Algamish's dictum that "a part of all I earn is mine to keep"?

From your earnings, will you pay yourself a portion first?

No currency in the world has been backed by precious metals since the U.S. government "closed the gold window" in the 1970's. But the gold, silver, and copper used and saved thousands of years ago by the Babylonians, Greeks, Romans, Europeans, and North/South Americans who followed them is as relevant today as it was then.

As insurance against the unforeseen… As a vehicle for creating a storehouse of enduring value….

As a way to pay yourself first.

The #1 Question for Beginners in Precious Metals

Audio Alert: Not Too Late Declare Your Independence from Currency Debasement

What Do The Charts Now Say About Gold & Silver?

These Are the Times That Call for Gold